Throughout his career, Dr. Casey Jones ’55 made an impact on the lives of students. Now, his legacy will help four education majors complete their degrees.

The estate of Dr. Jones has established, through the WSSU Foundation, a $20,000 non-endowed scholarship for four education majors. The Laurinda M. Jones Memorial Scholarship is named in memory of his daughter.

Jones, who passed away in 2015, earned his bachelor’s degree in elementary education from WSSU.

Dr. Jones always had a soft spot in his heart for WSSU. 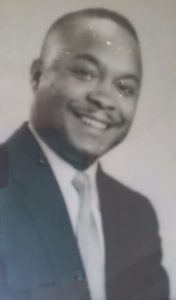 He loved football and was a die-hard Redskins fan. He also enjoyed watching the Maryland Terrapins play along with Notre Dame. However, he was always loyal to WSSU, and he remained a dedicated member of WSSU’s Alumni Association.

Proceeds from the estate will provide scholarships of $5,000 each.

Jones served in the Korean War and was a member of Omega Psi Phi Fraternity Inc.

Established in 1970, the Winston-Salem State University Foundation Inc., a private, non-profit organization independent of the university, provides resources to support the strategic initiatives of the university. For more information on estate giving, call 336-750-3137.