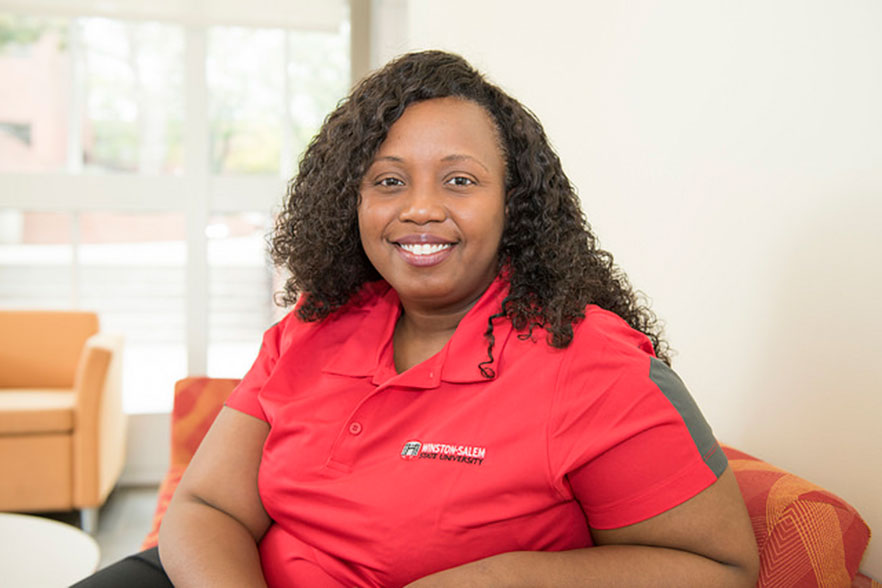 Stephanie Street, a senior biology major at WSSU from Rural Hall, is the winner of the Association for Non-Traditional Students in Higher Education (ANTSHE) Student Recognition Award.

At age 21, Street left college to work full time and take care of her grandparents. She says she promised her father that she’d go back to school. Twelve years later, she enrolled at WSSU.

“I struggled to transition at first,” she says. “But the professors here encouraged me and kept me on track.”
She became involved with WSSU’s ANTSHE chapter during her first semester in 2013.

The award was announced at the ANTSHE Conference at Kennesaw State University in Kennesaw, Georgia, on March 25.