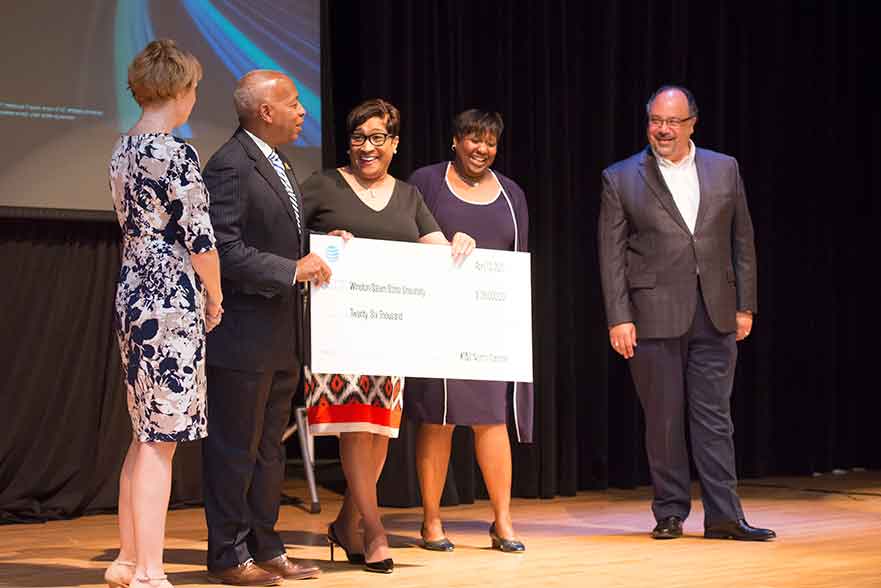 About 50 faculty and student leaders attended the first WSSU AT&T Academy on Thursday, April 13. The daylong event included breakout sessions where executives spoke about what they expect from new hires and how the essential skills taught in the classroom, such as critical thinking and written and oral communications, translate to careers at corporations like AT&T.

“Here at WSSU, we stress the importance of weaving essential skills into the curriculum,” said WSSU Provost Brenda Allen. “Hearing from AT&T executives about how these skills are performed daily will better prepare our faculty, providing them with examples of how these skills are applied in the workplace.”