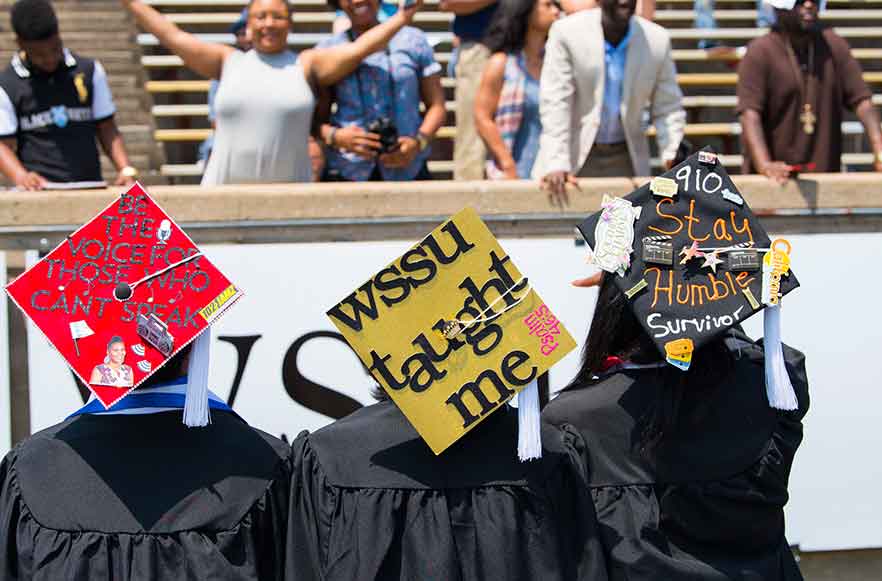 Graduates show off their decorated mortarboards to commemorate the day. Check out WSSU’s Flickr page for more photos.

Many Winston-Salem State University (WSSU) graduates showed their creativity through their unique mortarboards and attire. But for some graduates, this was also a way to tell the stories of their journeys and where they are headed as they “Depart to Serve.”

As students marched into Bowman Gray Stadium during the Commencement Ceremony on Friday, May 19, they shared their messages of gratitude, accomplishment and encouragement.

Sherabiah Olglesby, a behavioral sciences and social work graduate, wore a stole with the imprint “black grads matter” to show her pride as a graduate of a historically Black college and university (HBCU).

“A lot of my friends went to predominately white institutions and believe that their degrees are better, but that’s not true,” Olglesby said.  “A lot of graduate schools want students from WSSU because they know that we have been properly prepared and are ready for the work force, and I think that is great.”

Olglesby plans to attend graduate school in the fall.

Taylor Gaulden, an interdisciplinary studies graduate, had a picture of her recently deceased grandmother on her mortarboard. “I promised my granny that I was going to do it, and I did.,” Gaulden said. 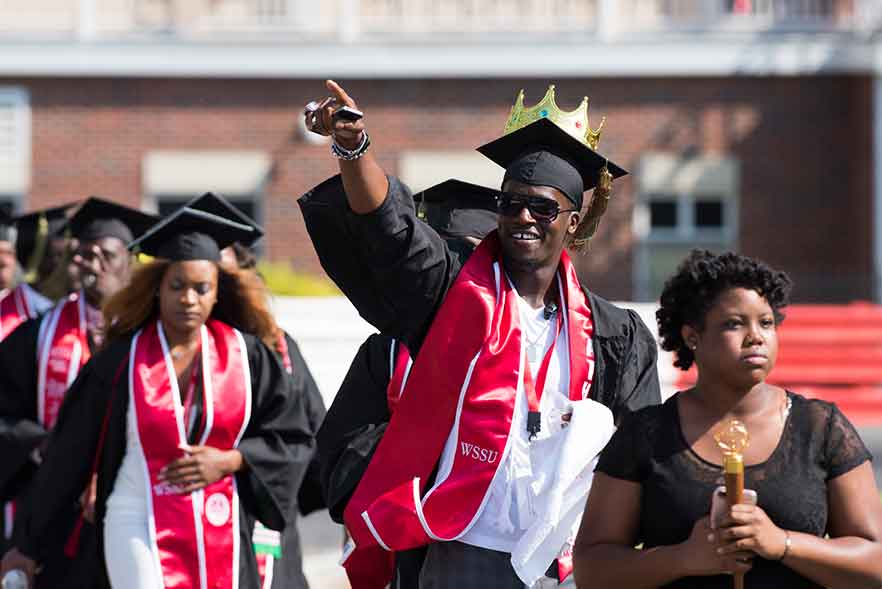 James Bullock wore a crown at the top of his graduation hat.

James Bullock, a sports management graduate and former member of the Rams football team, was at the front of the processional with a large crown atop his graduation cap. About 25 family members from Cleveland were there to cheer him on.

Berenice Rodriguez, a nursing graduate whose parents migrated from Mexico, displayed the message, “Lo Hicimos. Gracias mami y papi,” which means “We did it. Thank you, Mom and Dad.” Rodriguez is the first in her family to graduate from college. “I did what I’m doing for them.”

Attorney and CNN analyst Bakari Sellers delivered the commencement address. During his address, he spoke of his father, civil rights veteran Cleveland Sellers Jr., who was convicted and jailed in 1968 at the Orangeburg Massacre.

Sellers, a former South Carolina representative, said history is full of achievements that were not supposed to happen.

“Throughout history, Americans have always showed a true talent for exceeding expectations,” Sellers said. “Life isn’t fair but it’s not fixed either.”

WSSU recognized more than 1,200 graduates during the ceremony.

The ceremony honored WSSU students who earned their degrees in summer and fall 2016 and spring 2017. Many outstanding students were among the class of 2017. More than 1,100 undergraduates and 129 graduates received degrees.

Also at the ceremony:

For 125 years, Winston-Salem State University has fostered the creative thinking, analytical problem-solving, and depth of character needed to transform the world. Rooted in liberal education, WSSU’s curriculum prepares students to be thought leaders who have the skills and knowledge needed to develop innovative solutions to complex problems. WSSU is a historically Black constituent institution of the University of North Carolina with a rich tradition of contributing to the social, cultural, intellectual, and economic growth of North Carolina, the region and beyond. Guided by the motto, “Enter to Learn. Depart to Serve,” WSSU develops leaders who advance social justice by serving the world with compassion and commitment. Join us in celebrating our 125th anniversary with events throughout 2017. Learn more at the 125th Anniversary website. 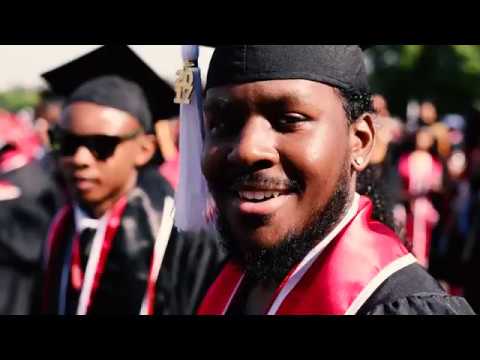