Over the past 125 years, Winston-Salem State University has grown from a small industrial academy to a thriving regional university. WSSU students, alumni and faculty have also helped to transform, not only Winston-Salem, but the nation for the better.

As we celebrate WSSU's 125th anniversary, we look at eight Rams who changed history. Their achievements are so notable that we can feel their impact today. 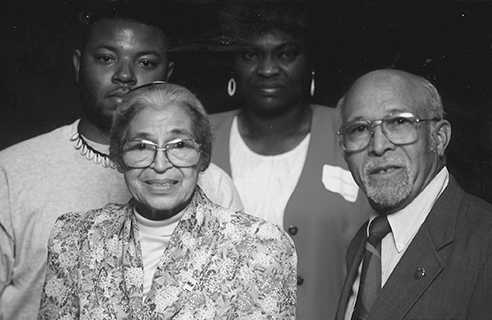 In 1947, Dr. Hauser, a World War II veteran on his way from Winston- Salem to a teaching job at West Virginia State, refused to move to the back of a Greyhound bus. He was arrested and jailed. His refusal led to a landmark U.S. Supreme Court decision. A decade later, Hauser moved back to North Carolina to chair WSSU’s education program, a position he held for 20 years. After retirement, he served two terms in the N.C General Assembly. Dr. Hauser described himself as the "second strike" against segregated travel, setting the stage for Rosa Parks' successful stand in 1955. Above: Dr. Hauser with Rosa Parks. 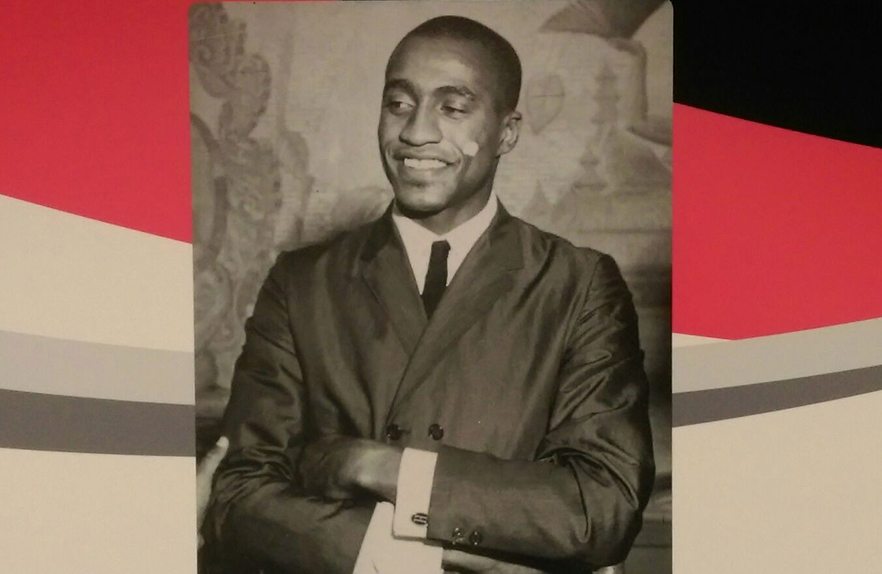 The CIAA’s first NBA first-round draft pick, Hill paved the way for more Black players in the NBA and helped set the stage six years later for Earl “The Pearl” Monroe. In 1960, Hill and his teammates began a friendship with Billy Packer, then a star at Wake Forest. The two teams played a number of unauthorized scrimmages. Basketball legend Clarence “Big House” Gaines later wrote of the scrimmages: “What Billy and his teammates and Cleo and his teammates did was unofficially integrate Winston-Salem.”

Hill's jersey was officially retired at WSSU in February. Hill passed away in 2015. 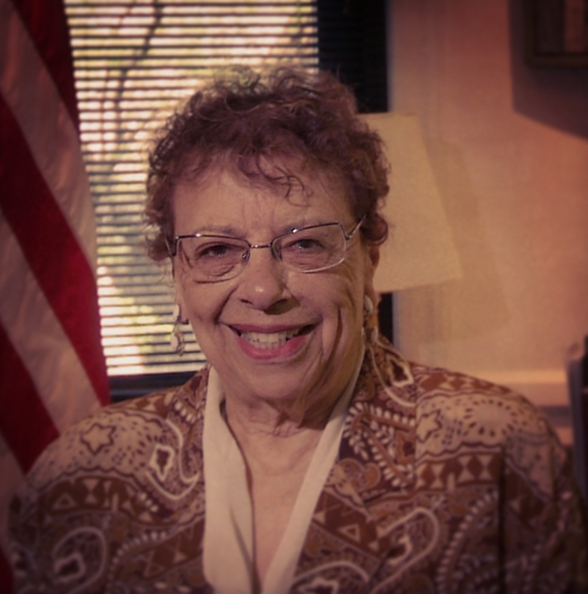 After serving as an educator for more than 30 years, Morton continued her career in public service as an alderman of Evanston, Illinois. In 1993, she became Evanston’s first African-American mayor. She served as mayor for 16 years, becoming the longest-serving mayor in the city’s history. 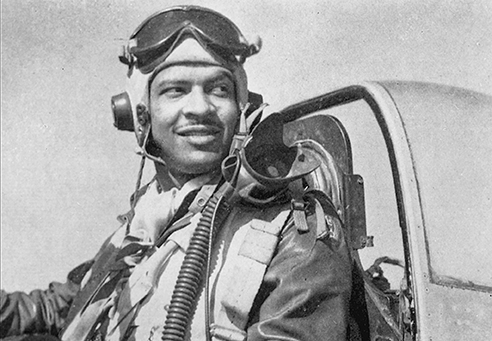 A member of the famed Tuskegee Airmen, the Winston-Salem native was awarded the Distinguished Flying Cross for his bravery as a pilot in 1944, the third highest valor medal. After graduating from WSTC, he worked briefly as an elementary school teacher. In 1942, he enlisted in the Army and earned his wings in 1943. He died in an accident just after World War II. 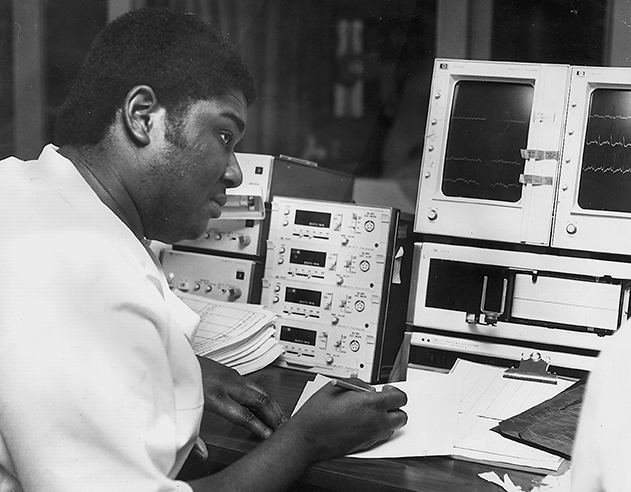 Hill broke through a barrier, becoming the first male to earn a nursing degree from WSSU. A few weeks before his graduation, he told The News Argus: “It’s just like a woman who becomes a construction worker or something: like women’s liberation, only vice versa.” After graduating, Hill, who passed away in 2005, worked as an RN for several decades, retiring from the North Carolina Department of Corrections, Division of Prisons. 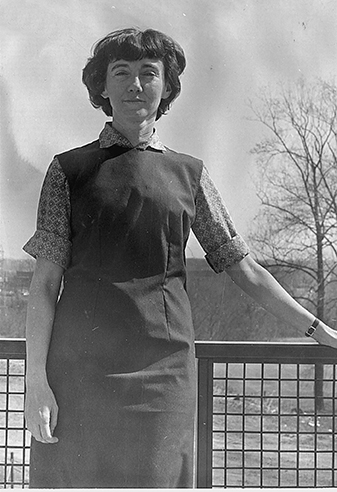 Johansson, a mother of five from Tobaccoville, didn’t set out to make history when she enrolled at the university as a sophomore. “WSSU gave me the opportunity to go to a school that I could afford,” Johansson said recently. In 1968, she did make history when she earned a Bachelor of Arts in English with honors, becoming the university’s first white graduate. Johansson later served on the faculty and as associate dean at Wake Forest University. “WSSU was more than I could have asked for,” she says. 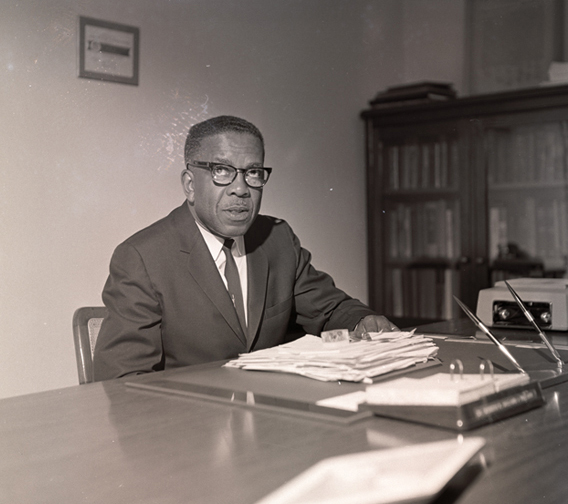 Williams’ first teaching job was at Winston-Salem Teacher’s College (WSTC) in 1936. In 1947, at a time of increasing political awareness among African Americans in Winston- Salem, Williams won an alderman seat, becoming the first black candidate to defeat a white candidate for a municipal election in the South in the 20th century. In 1962, Williams was named president of WSTC, which became known as Winston-Salem State College the following year. In 1972, as WSSU became part of the UNC System, he became the first chancellor, leading the university for a total of 15 years.

K.R. Williams Auditorium, which was officially dedicated in 1987, is named for Williams. 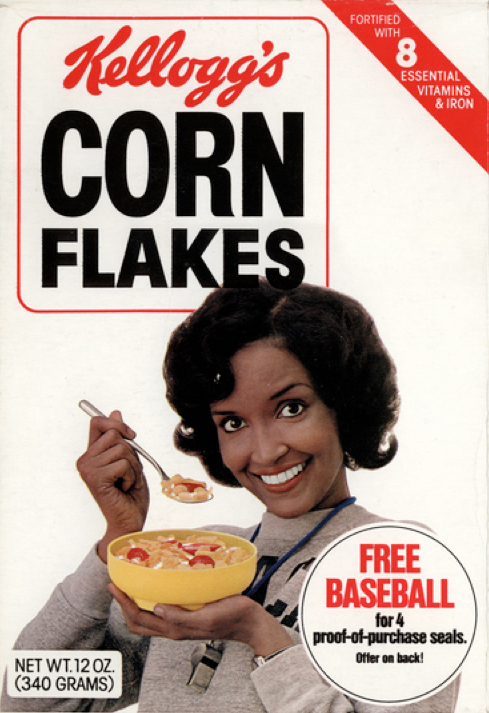 Todd broke barriers throughout her career. In 1980, she became the first African American to appear on a box of Kellogg’s Corn Flakes. In 1983, she was named Big 10 Coach of the Year for Cross Country. After successful stints at Northwestern and Georgia Tech, she became the ACC’s first female commissioner in 2000. Five years later, she became North Carolina A&T’s first female director of athletics.

She was inducted into the WSSU Clarence E. "Big House" Gaines Athletic Hall of Fame in 2001.