Dr. Randy W. Mills, vice chancellor for finance and administration/chief financial officer at Winston-Salem State University, has announced he will retire at the end of December.

Mills, a native of Yadkinville, joined WSSU in 2004 as assistant provost for administration and planning in the Division of Academic Affairs. He was named associate vice chancellor for finance and financial planning and budget in 2009 and assumed his current role in 2013.

“I want to thank Dr. Mills for his dedication and service to Winston-Salem State University and our student,” said WSSU Chancellor Elwood L. Robinson. “On a personal note, I would like to thank Dr. Mills for being a consummate professional and for his outstanding contributions and leadership in developing and supporting the campus infrastructure and financial health. While I am sad to see him leave WSSU, I know you join me in offering congratulations on his retirement.”

During his tenure at WSSU, Mills was responsible for a number of accomplishments, including:

Additionally, during Mills’ tenure, the WSSU endowment reached its highest level in its history. A national search is being conducted for Mills’ replacement.

Prior to joining WSSU, Mills served as director of support services for the College of Engineering, Architecture and Technology at Oklahoma State University. He retired from the U.S. Air Force as a rated pilot with the rank of Colonel after 30 years of service. He has served as air base commander at Tinker Air Force Base in Oklahoma and as chair of the Air Force Aerospace Studies program at The Ohio State University. 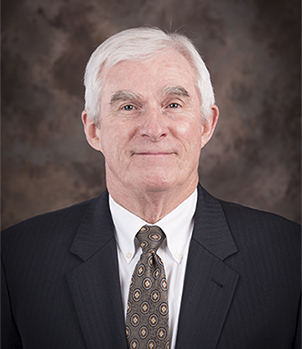 Throughout his career, he has worked to prepare students for life after high school, expose groups to higher education and shape programs that help retain minority students on college campuses.

After an extensive search process, we are pleased to announce that we have selected Tracy Worthey to join us as our Chief Human Resources Officer.

On an early spring morning, nine cheerleaders and their coaches, NeSheila Washington and Tevin Allen, arrived at the set in Los Angeles, California.