Mascots from the two Winston-Salem-based University of North Carolina institutions teamed up for a short film to promote Winston-Salem State University’s 2017 Homecoming.

Amon, Winston-Salem State University’s mascot, and Peter the Pickle, the mascot for the University of North Carolina School of the Arts, are joined by the Powerhouse of Red and White-Red Team cheerleaders in “Finding Amon.” The film, a throwback to a bygone era of silent movies, was created by WSSU’s Integrated Marketing Communications and filmed at the historic Cardinal Kimpton Hotel in downtown Winston-Salem.

Behind the scenes photos are available on WSSU’s Flickr page. 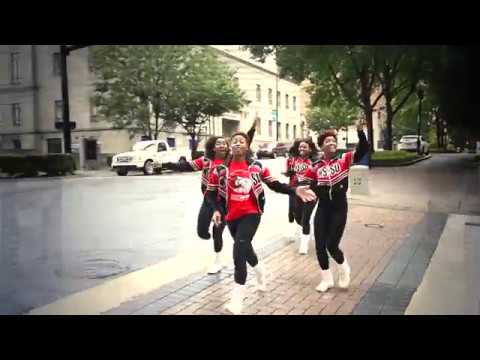