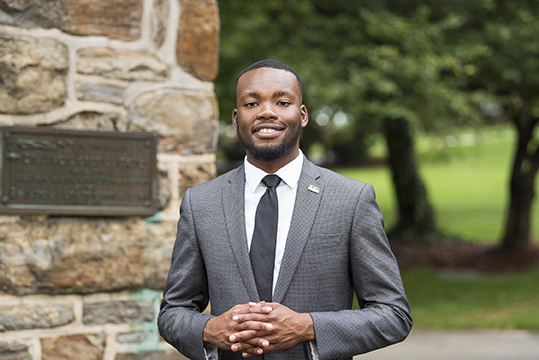 A Winston-Salem State University (WSSU) student has been recognized by the White House for his outstanding accomplishments.

William Gibson, a sophomore political science major from Charlotte, is one of 62 students nationwide selected to the 2017-18 class of White House HBCU All-Stars. He is one of seven North Carolina students selected for the honor.

Gibson was recognized in Washington, D.C., on Sept. 18. HBCU All-Stars are appointed for one year to serve as ambassadors for the White House Initiative on Historically Black Colleges and Universities.

Gibson, the WSSU sophomore class president, immigrated with his father to the United States from Liberia at the age of 6. He is a graduate of Rocky River High School in Mint Hill. This past summer, Gibson served as an intern for the North Carolina Department of Transportation Governance Office.