A Winston-Salem State University (WSSU) student has been recognized for her leadership.

Craddock has demonstrated on- and off-campus leadership by advocating to increase student access and utilization of mental health resources, and promoting student engagement with area high school and middle school students.

Recently, she supported a research project on how mobile technologies can be used to support WSSU’s counseling center. She also worked as an intern for the Initiative for Just and Sustainable Communities (IJSC) at WSSU, leading activities with community partners to address educational equity and build commitments to social justice. 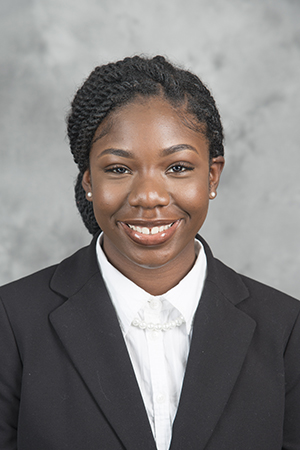 North Carolina Campus Compact honored one student leader from each school. Craddock is one of 23 students selected by their campus for the 2017 honor.

The award was presented during the CSNAP Student Conference, which was hosted by WSSU on Nov. 18.

WSSU is the first Historically Black College and University (HBCU) to host the statewide event in its 25-year history.

The conference assembled more than 230 students and staff from 28 campuses and included student-led workshops on diverse community engagement topics. 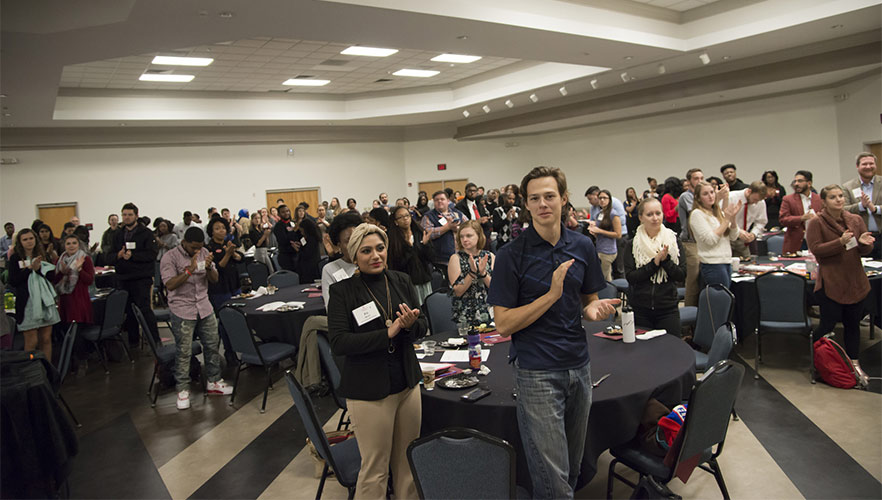 The CSNAP Conference assembled more than 230 students and staff from 28 campuses to WSSU on Nov. 17-18.
Tags: Social Justice, The College, Media, Campus Life