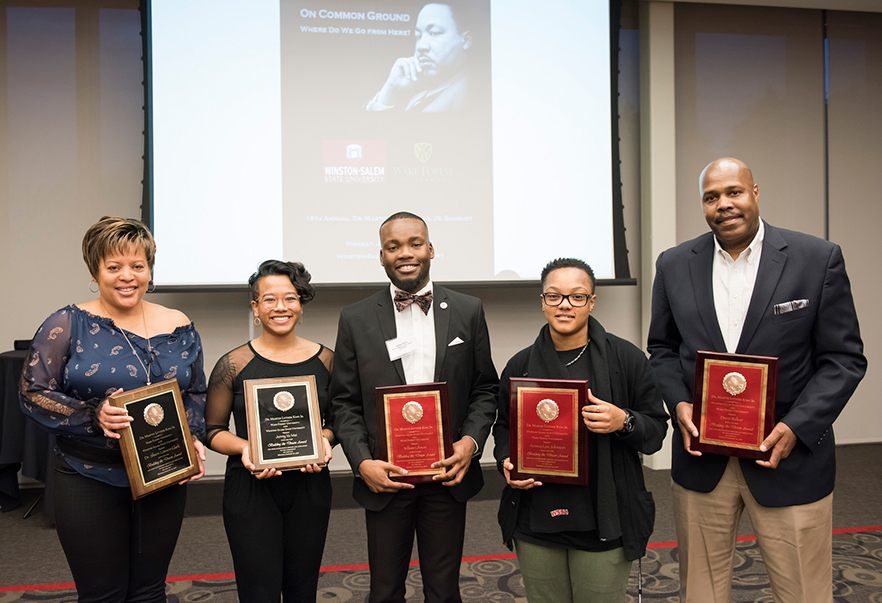 Dana Walker, coordinator of community service at WSSU, provides oversight for WSSU’s Project GIVE, Getting Involved through Volunteer Efforts program. During the 2016-17 academic year, 2,144 students volunteered 42,328 hours to local agencies, an economic impact of $937,158. Walker recently received the Governor’s Volunteer Service Award for his work matching members of the WSSU community with non-profit organizations.

William Gibson, a sophomore political science major from Charlotte, has been twice elected as president of his class (freshman and sophomore). Gibson is one of 62 students nationwide named to the 2017-18 class of White House HBCU All-Stars. At age 6, he and his father immigrated to the United States from Liberia.

Jessica Lee Johnson, a senior psychology major from Greensboro. She is a member of the University Choir and the Burke Singers. To support herself at WSSU, she works late at night and on weekends at the library. She has hearing only in one ear and was unable to speak as a young child.

About the award and the MLK Day Celebration

Faculty, staff and students at WSSU and Wake Forest submit “Building the Dream” award nominations for their respective universities, and a committee of representatives from each school selects winners. The recipients were recognized at an annual banquet celebrating Dr. Martin Luther King Jr. held at WSSU on Jan. 22.