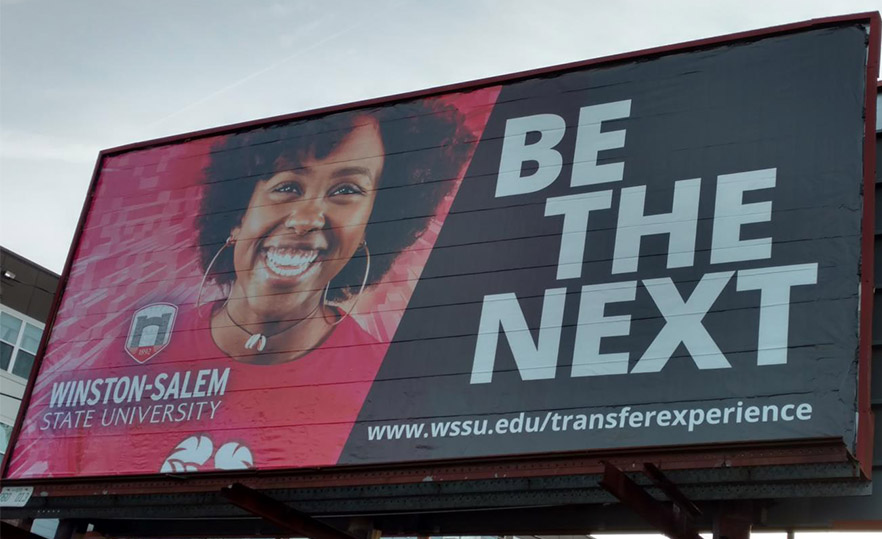 Winston-Salem State University received three Special Merit Awards in a competition sponsored by District III of the Council for Advancement and Support of Education (CASE). WSSU was the only historically Black university recognized by the awards program.

The CASE District III National Platinum Awards were awarded for WSSU’s website redesign, photography and for an advertising campaign for transfer students.

The Website Design and Organization award recognized WSSU’s website, which was redesigned June 1 to reflect the university’s new branding and to create a student-centered site focused on recruitment of prospective students. The 18-month project was a collaboration between Integrated Marketing Communications (IMC) and Web Support Services.

WSSU University Photographer Garrett Garms also was recognized for Excellence in Photography for a series of photos on the WSSU experience that were used to support WSSU’s redesigned website.

The awards were presented at the CASE District III Conference in Atlanta, held Feb. 12-14. They recognize work created between July 1, 2016, and June 30, 2017. The awards honor recipients in 68 categories. Approximately 700 universities across the Southeast – both public and private – enter their work in the competition. Other honorees included Duke University, North Carolina State University, and the University of Central Florida.

“These awards recognized the Integrated Marketing Communication team’s efforts to enhance the reputation of the university and highlight the accomplishments of our talented students, faculty, staff and alumni,” said Jaime Hunt, WSSU’s chief communications officer. “I am proud of the creativity and innovation of the team and honored to be recognized among schools with resources that exceed ours by an order of magnitude.”

CASE District III advances and supports educational and professional institutions by enhancing the effectiveness of the alumni relations, fundraising, communications, marketing and other advancement professionals who serve them. The district has more than 3,500 members from two- and four-year institutions throughout the southeastern United States.