A native of East St. Louis, Illinois, Anthony has more than 35 years of communications/media experience, the majority in the radio industry.

“Brian Anthony brings a wealth of knowledge and experience from the commercial radio industry that will help to increase WSNC’s market presence and expose WSSU students to an actual radio industry atmosphere,” said Dr. Kathy Stitts, interim dean of WSSU’s College of Arts, Sciences, Business and Education. “We are anxious for him to join our Ram family and begin helping to grow WSSU’s radio station into one of the most notable in the country.”

Anthony was a nominee for “Program Director of the Year” and “On-Air Personality of the Year” with Billboard Magazine and the Young Black Programmer’s Coalition. He also was listed as “Honorable Mention” in a recent Radio Facts publication listing of the “Top 10 Urban Program Directors” in the history of Black radio.

Since 2009, he has served as president and project manager of Omega BAY Enterprises, a communications-based consultant company that focuses on website development, content management, special event planning, marketing, advertising, and public relations.

Anthony graduated with a Bachelor of Arts in Journalism from Texas Southern University in Houston, where he got his start in radio at the campus station, KTSU-FM.

As general manager, Anthony’s responsibility will include programming, personnel, development and financial operations for WSNC-FM. Anthony succeeds Elvin Jenkins, the station’s longtime general manager, and Ben Donnelly, who had served as the Interim general manager after Jenkins’ departure in 2017.

"This is one more major step up the management ladder for me that I envision translating into additional growth in two areas for Winston-Salem State University," Anthony said. "First, providing the university with an enhanced marketing voice in the Triad. Secondly, and probably most importantly, creating an industry standard operation that can lend itself to becoming one of the top training facilities in this region of the country for radio broadcasting." 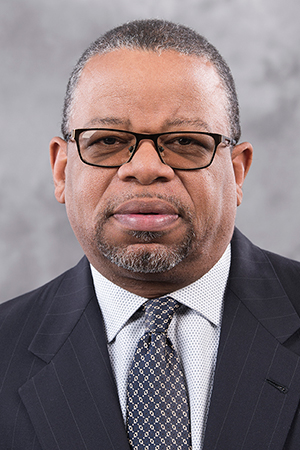