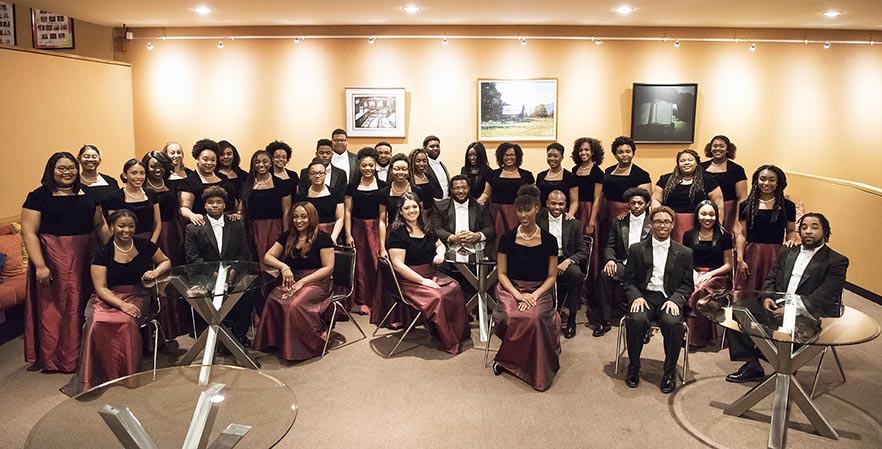 The Singing Rams backstage during a performance in High Point. (January 2018)

Winston-Salem State University's Singing Rams are hitting the road for spring, with 12 stops in eight states starting on March 9.

First up for the Singing Rams – The WSSU Choir, The Burke Singers, Schola Cantorum and the Singing Divas – is their Spring Tour, which includes nine stops in six states.

April 6-9, The Singing Rams will hit the road again for a mini-Southern tour, with stops in Georgia and Birmingham, Alabama. Admission to all concerts, except where noted above, is free (a free will donation will be taken).

The Grammy-nominated Singing Rams have performed nationally and internationally and recorded 10 CDs. They are under the direction of Maestra D'Walla Simmons-Burke. The accompanist for the tour is Dr. Myron Brown.

The students will perform again in Winston-Salem for the annual Spring Concert at 4 p.m. on Sunday, April 29, St. Timothy’s Episcopal Church 2575 Parkway Drive. The Singing Rams will be joined by baritone Kenneth Overton and The Winston-Salem Preparatory High School Choir under the direction of WSSU Singing Ram Alumna Renee Matthews. The concert will be themed: “Sing Down Justice: Songs of Life, Justice and Hope.”