Meet the next DJs at WSSU

By Kayla Evans'18 for the WSSU News

From DJ Trellz to DJ Diesel and Luke Nasty, there’s a long line of successful DJs who got their start working events as students on campus at Winston-Salem State University.

Who will be the next successful DJ? Here are two WSSU students who are on their way. 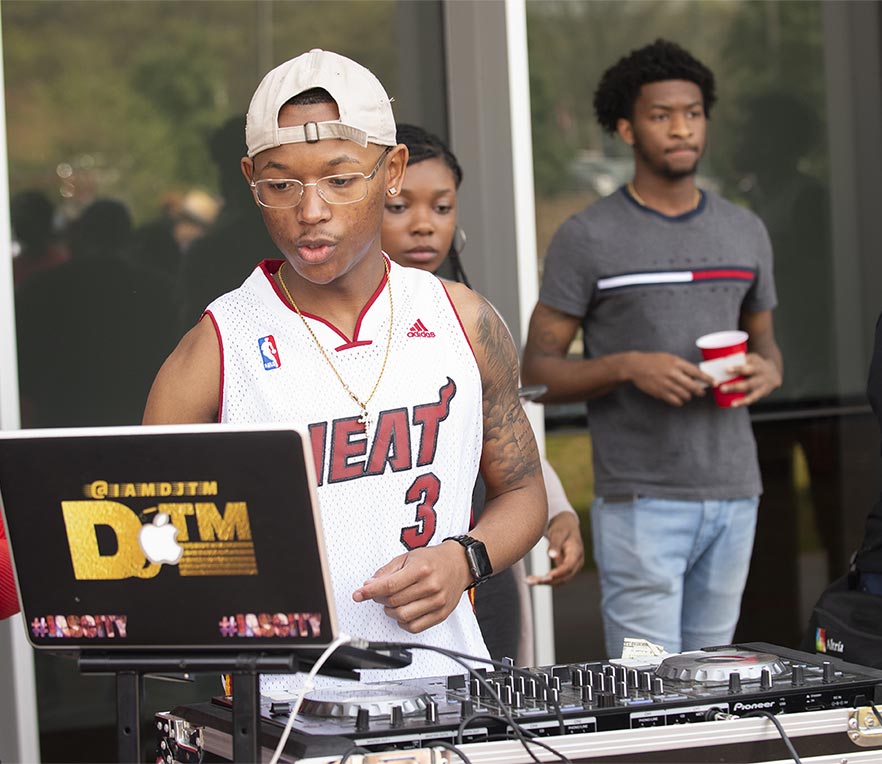 Frink, known as DJ TM, is a freshman mass communications major from Wilmington. He started DJ’ing at age 14.

Q: Who inspired you to become a DJ?

DJ Jazzy Jeff from The Fresh Prince of Bel-Air (favorite DJ), and the love of music inspired me.

Q: How did you become so popular?

Q: How is what you’re doing as a DJ helping you with your future goals?

It is teaching me how to build a brand and an empire. I also learned how to network with certain individuals.

Being able to control a crowd of 1,000+ with music is a great feeling. I love how I can cause a crowd to go back in time and just have a good time.

Q: How does this connect with your major?

With my major being mass communications, DJ’ing is helping me get a better look into the radio and media industry. I would like to use my major to become a radio personality in the future.

I love the energy that is here. Being able to walk around campus and be greeted by many different people on a daily is a great feeling. I love how WSSU is one big family. 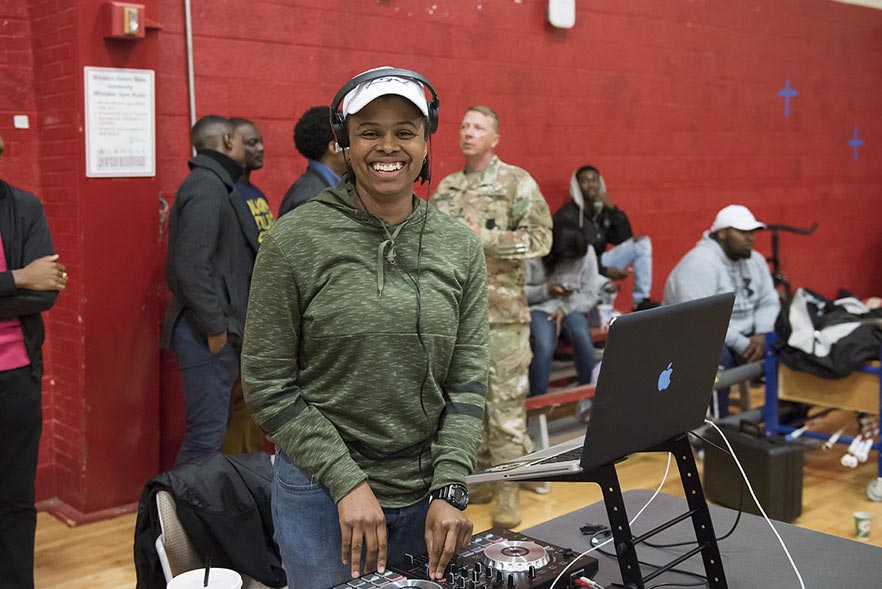 Demetria Hockaday, known as DJ Dawn Mellow, DJ'ing at an event in the C.E. Gaines Center.

Hockaday, known as DJ Dawn Mellow, a senior mass communications major from Raleigh, started DJ’ing four years ago. For the past three years, she has served in the Army Reserve, stationed in Rocky Mount, as a light-wheeled mechanic.

Q: Who inspired you to become a DJ?

My uncle. He had a DJ company called “Tiger Entertainment” and I used to watch him spin records and I was like that’s dope I want to do that.

Q: How does it feel to be a female in an industry mostly populated with males?

It’s different because I try to see who I can look up to other than Spinderella (with Salt N Pepa), and that was back in the ‘80s and ‘90s. I only see a couple female DJs, so it’s discouraging but it’s also like you’re doing something different at the same time.

Q: Do you think you get treated differently for being a female as far as booking?

Q: How often do you DJ at events?

I try to do something once a month.

Q: How is what you’re doing as a DJ helping you with your future goals?

My goal is to open up my own production company one day, so I feel like it’s giving me those people skills.