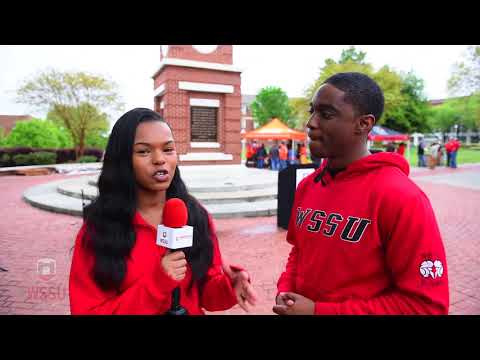 More than 150 volunteers use their muscle to make WSSU’s campus shine even brighter. The effort was funded through a $30,000 grant from Home Depot’s Retool Your School.

Winston-Salem State University (WSSU) students and staff teamed up with Home Depot volunteers to “retool the school” during a two-day beautification event, April 26-27.

The effort was funded through a $30,000 grant from Home Depot’s Retool Your School, a campus beautification program for HBCUs. Volunteers included nearly 120 students and staff and about two dozen employees from area Home Depot stores.

“I just really want to give a special thanks and shout out to Home Depot and all of their staff for coming out to volunteer,” said Javonty Hunter, 2017-18 president of WSSU Student Government Association. “This means so much to WSSU. This project is geared towards improving the beautification of the campus, improving the branding of the campus, and really making a landmark for student involvement as for as the landscape of the campus.”

The largest project was the construction of a gazebo to provide a covered seating area and protect the historic bell, which dates back to 1900 and was recently restored. The gazebo supports the Zen Zone, which was unveiled last spring on campus as a quiet space for students to relax and focus.

As part of Retool Your School, volunteers also replaced the wood slats on more than 40 benches throughout campus, replaced timber curbing along the brick plaza at Hill and Carolina halls, planted plant landscapes across the campus core, and built a concrete patio outside Martin-Schexnider Residence Hall.

“This project actually fits into our 2016-21 Strategic Plan and our vision for the campus,” said Constance Mallette, vice chancellor of Finance and Administration at WSSU. “Our vision is to enhance our open spaces and restore the core of our historic campus. We take great pride in the look of our university. This just helps us further impact the look and feel of the university.”

To win the grant, WSSU received more than 100,000 online votes and social media posts during a month-long contest that concluded in April 2017. The initiative was led by WSSU’s Student Government Association under the administration of Mona Zahir ‘17.

WSSU was the only North Carolina HBCU to win the 2017 grant. The proposal was developed by students from SGA in collaboration with staff from the university’s Facilities Design and Construction.

The Powerhouse of Red and White cheerleaders and the drumline from the Red Sea of Sound marching band kicked off the second day of the effort with a pep rally at the clock tower on Friday, April 27.

The Home Depot Retool Your School Grant Program, established in 2010, encourages and recognizes innovative projects that contribute to the campuses of accredited Historically Black Colleges and Universities (HBCUs). Since the program’s inception, over $1.5 million in grant money has been awarded to our nation’s HBCUs to make sustainable improvements. 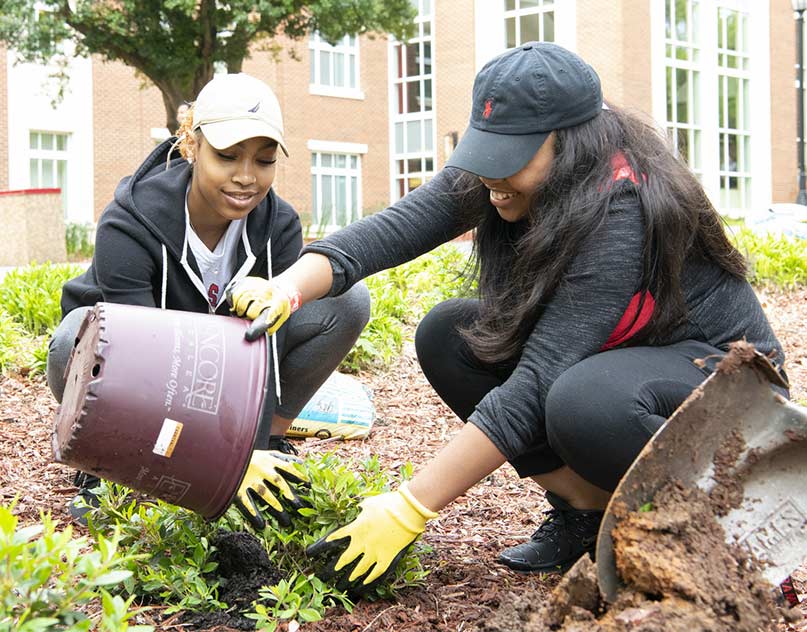