After a national search, Dr. LaTanya Afolayan, who brings nearly 20 years of experience in university advancement, has been named vice chancellor for University Advancement at Winston-Salem State University (WSSU). Her appointment is effective July 10.

“I am thrilled to have Dr. Afolayan join our team,” said WSSU Chancellor Elwood L. Robinson. “The university is gaining a dynamic leader who has a deep appreciation for the role fundraising plays in achieving the goals outlined in our Strategic Plan for 2016-2021. I am confident she will provide the vision and leadership needed to take our fundraising efforts to the next level.”

As vice chancellor for University Advancement, she will be responsible for enhancing donor discovery efforts; growing the Annual Fund; expanding the principal and major gifts pipeline; leveraging corporate and foundation relationships; engaging and mobilizing alumni, friends, and volunteers; and expanding and strengthening a sustainable infrastructure to support future fundraising efforts and campaigns. 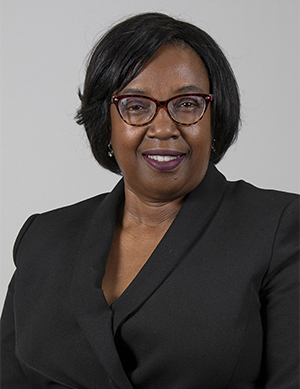 Currently, she is the senior director of planning and major giving at Norfolk State University, where she has secured more than $800,000 in deferred commitments and $300,000 in cash commitments in the past 12 months.

“The need for private funding in higher education will continue to escalate,” Afolayan said. “As university advancement professionals, we are compelled to adapt and constantly embrace change in order to build and sustain long-term relationships with our internal and external constituents. Therefore, I am honored to join the Ram family, and I look forward to developing mutually beneficial partnerships on behalf of Winston-Salem State University – reaching across the university community, the city of Winston-Salem, the state, and throughout the country.”