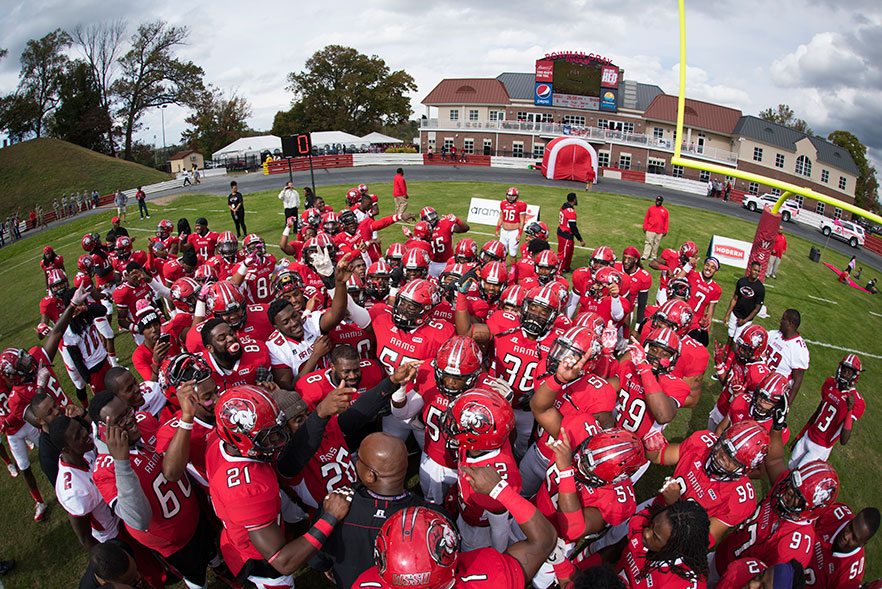 The city announced on Nov. 14 a package of improvements for Bowman Gray Stadium, the home of Winston-Salem State University football. Let's look at the most frequently asked questions about the new plan.

What’s the timeline for the project?
The project will be completed in phases over three years, starting with a design phase next year.

To limit disruptions to operations, the bulk of the construction will be completed during a four-month window between football season and racing season (December-March). As much as possible, existing facilities, such as concession stands and restrooms, will remain in place while the replacement facilities are under construction.

What is the cost for the project?
$9 million

What additional information is available about the project?
We are still early in the process. At the conclusion of the design phase in 2019, more specifics about the project – including renderings – will be available.

When was the facility last updated/upgraded?
The last major updates were in 2006 with the construction of a new field house. The structure was built in partnership between the City and WSSU.

What is the history of the stadium?
Bowman Gray Stadium has a rich history. It first opened in 1939. The stadium has been the home field for WSSU football since 1956. The stadium is the most unique in the CIAA and recently ranked as one of the 13 most scenic stadiums in NCAA Division II football.

With its bowl shape and proximity to the field and track, football and racing fans enjoy clear, unobstructed views.

Will this impact ticket prices?
WSSU and Bowman Gray Racing both have long-term lease agreements. Any changes to ticket prices or parking fees would be determined by each entity independently.

Will WSSU continue to operate and maintain the stadium property?
No. This contract will not continue. This will help the university better utilize its resources.

Will WSSU continue to pursue an on-campus football stadium as outlined in the new master plan?
WSSU has a long-term lease agreement with the city that extends to 2037. While there is a 6,000-seat stadium in our 20-year master plan, the university has hundreds of millions of dollars of other construction and improvement projects that would take priority over any effort to build a football stadium on campus. WSSU does not envision constructing a stadium before the conclusion of our lease agreement.

Why is this good for the university?
The improvements will create a win-win-win for the university, the city and for Bowman Gray Racing. The enhancements will create a home stadium atmosphere for WSSU football and fans. The field will be renamed “Rams Field at Bowman Gray.” Further, this will be accomplished without committing student funds, with a more strategic use of resources. Rather than pour money into improvements in the stadium’s aging infrastructure – and it is important to note that we would be unable to use state dollars on such expenses – we can focus our resources on enhancing the educational experience of our students.

Why is this happening now?
This is the right time to invest in the future of the stadium. The project is a win-win-win for the city, WSSU and for Bowman Gray Racing.

MORE: What people are saying about the proposal