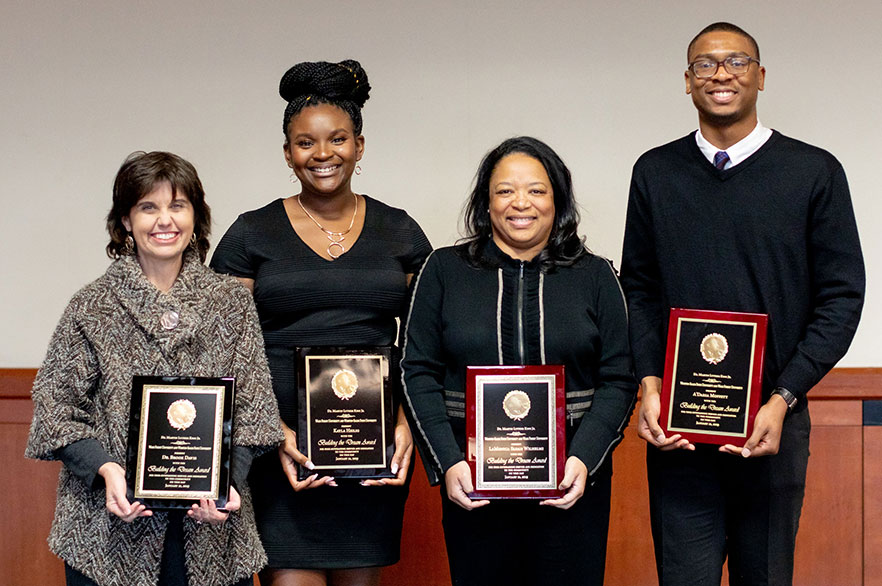 Annually, the awards are presented to a faculty or staff member and a student from both WSSU and Wake Forest University who exemplify King’s qualities and promote diversity within the community.

This marks the 19th year that WSSU and Wake Forest have celebrated MLK’s legacy with events during the holiday weekend. The celebration is the longest running partnership between the two Winston-Salem-based universities.

Wilhelmi, a WSSU alumna, was recognized for her leadership and passion for student success. She has led WSSU’s Career Development Services since 1998. Through her dedication, WSSU ranks no. 1 in the University of North Carolina System for graduates receiving jobs after graduation, according to the North Carolina Department of Commerce.

Moffett, a junior mass communications major from Charlotte, was recognized for the positive impact he has had on WSSU students. As a freshman, Moffett walked around campus with a handmade cardboard sign saying “free hugs.” As a junior, his effort has grown into a student organization, The Free Hugs Foundation, that holds regular events on campus that focus on the mental wellness of students and has a growing social media presence.

Faculty, staff and students at Wake Forest and WSSU submit “Building the Dream” award nominations for their respective universities and a committee of representatives from each school selects the winners. The recipients were recognized at an annual banquet celebrating Dr. Martin Luther King Jr. held at Wake Forest on Monday, Jan. 21.

"What kind of radical action will you take to ensure our forward movement, to ensure our collective freedom, so we can stand on common ground and embrace our collective voices?" Rye asked the audience of about 1,100. "If you want to honor Dr. King's legacy, don't just fight for equality, fight for equity to change those numbers that we talked about in North Carolina."

The keynote also included music from the WSSU University Choir and from the Wake Forest and WSSU gospel choirs.

Other MLK weekend events included the 10th annual MLK Day of Service Read-In, which was held at Wake Forest, and the annual MLK Basketball Tournament, which was co-hosted at WSSU and Wake Forest. 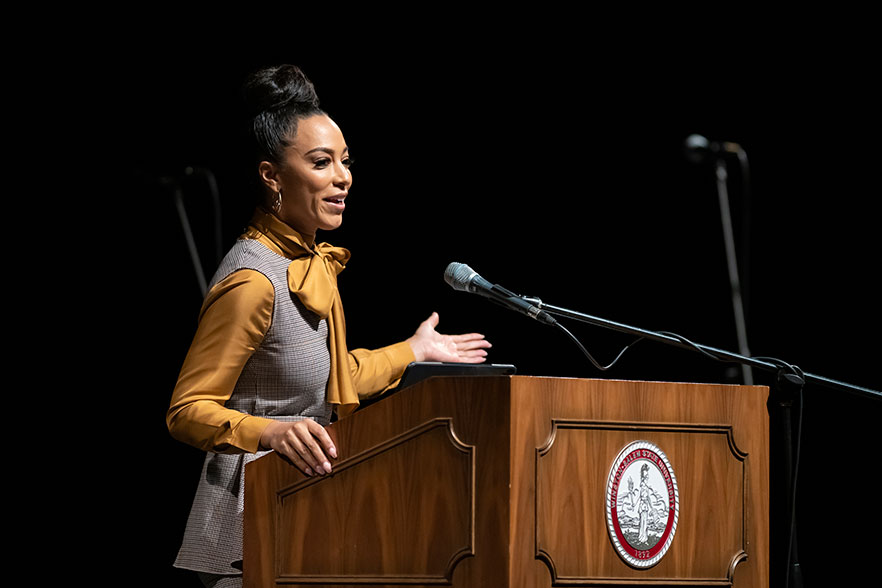