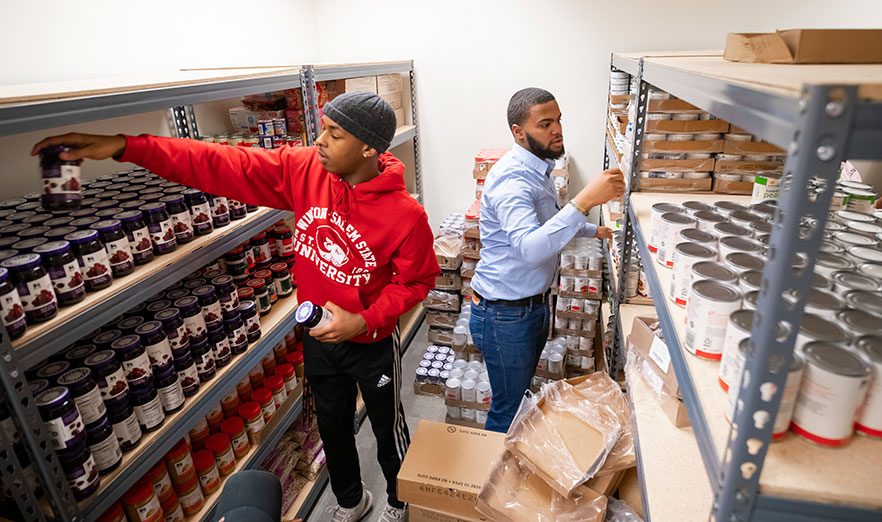 The Rams Helping Hands Food Pantry is fully stocked again thanks to a donation from Food Lion.

Food Lion donated more than 2,800 pounds of food through its Food Lions Feeds Initiative, which works to end hunger in local communities.

According to studies, one in five college students is food insecure – lacking reliable access to sufficient quantities of food – which can have a devastating impact on their ability to achieve academic success.

The effort comes at a time following the holiday season when food donations are generally lower and pantry shelves are at risk of being empty.

Since the WSSU food pantry launched, 293 students have used its services.

For 25 years, Food Lion has partnered with Central Intercollegiate Athletic Association (CIAA) Conference schools to set up pantries in 13 towns and cities where CIAA schools are located. WSSU is a member of the CIAA Conference.

The food pantry is fully staffed by dozens of student volunteers. No student fees are used.

Among the student volunteers was Miss Winston-Salem State University Christina Harris. Harris, a senior biology major from Greensboro, is raising awareness for food insecurity through the Miss CIAA competition, which is supported by Food Lion.

The Rams Helping Hands Food Pantry is one of a number of resources that are offered through the Dean of Students Office to help students succeed. 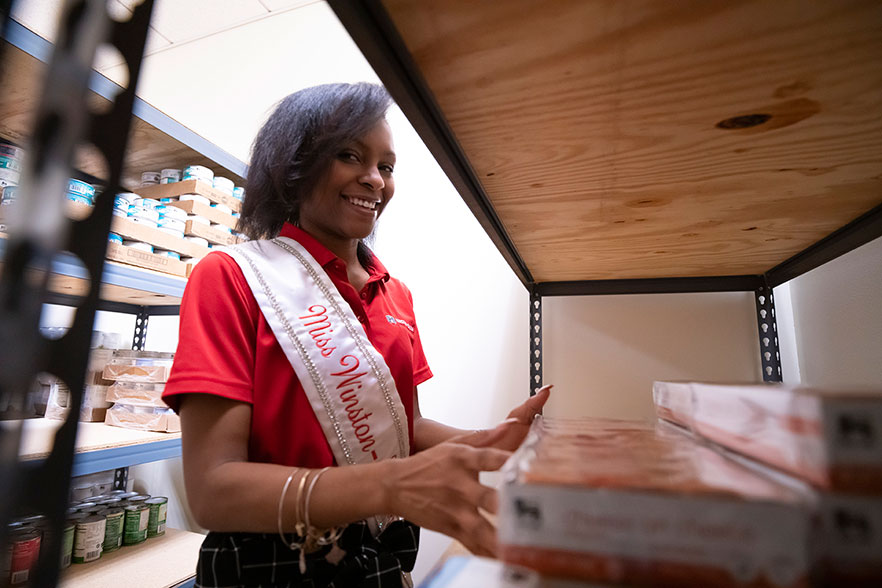