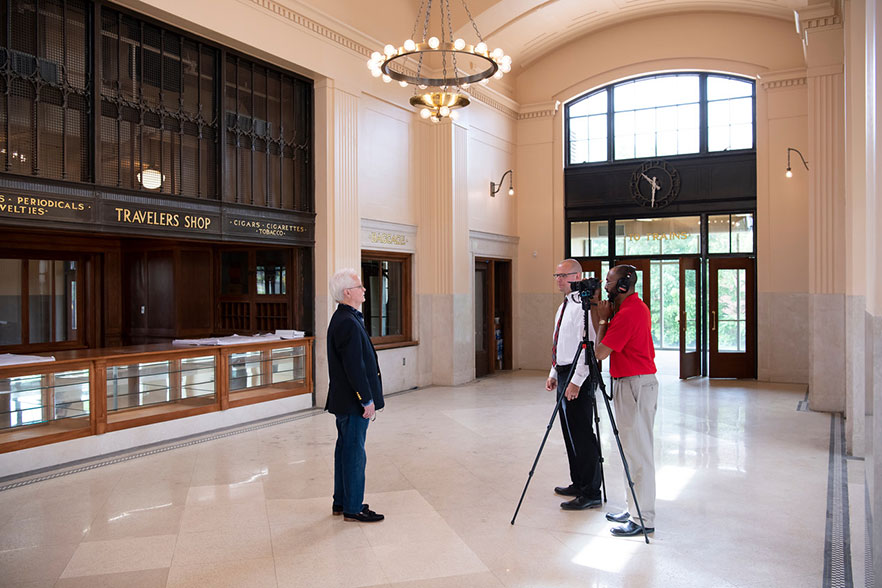 Tom Flynn (right), the assistant director of archives for the C.G. O'Kelly Library, interviews lifelong Winston-Salem resident Larry Cheek (left) inside the newly renovated Union Station. James Russell, from the library's media production lab, is filming the interview. Cheek's memories will be included as part of a living history project for the grand opening of the station in September.

Union Station, which opened in 1926, was the main source of transportation for North Carolina's largest city at the time. After passenger rail transportation ended in the city in 1970, the city sold the station, and it became Davis Garage, an auto repair shop.

After more than two years of renovations, the historic train depot, located next to WSSU’s campus on Martin Luther King Jr. Drive, has been restored back to the way it looked more than 90 years ago.

Tom Flynn, the assistant director of archives and special collections for WSSU, is leading the public history project by interviewing residents about their memories of the station. The memories will be included in a video that will premiere at the reopening ceremony. The memories also will be archived in WSSU’s library archives.

The City of Winston-Salem will hold a grand reopening for Union Station on Sept. 7. Planning for event is being led by Annette Scippio, City Council member for the East Ward.

Share Your Memories
Residents who have memories or stories about working or being in Union Station, or who know of people who do, are encouraged to contact Flynn by email at flynnth@wssu.edu or 336-750-2426.

Interviews are being recorded at Union Station. 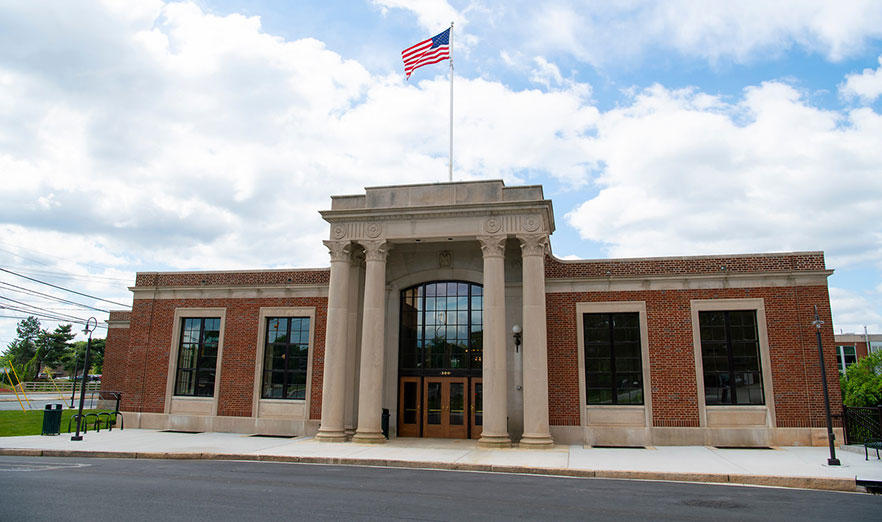 After more than two years of renovations, Union Station has been restored back to the way it looked when it opened in 1926.