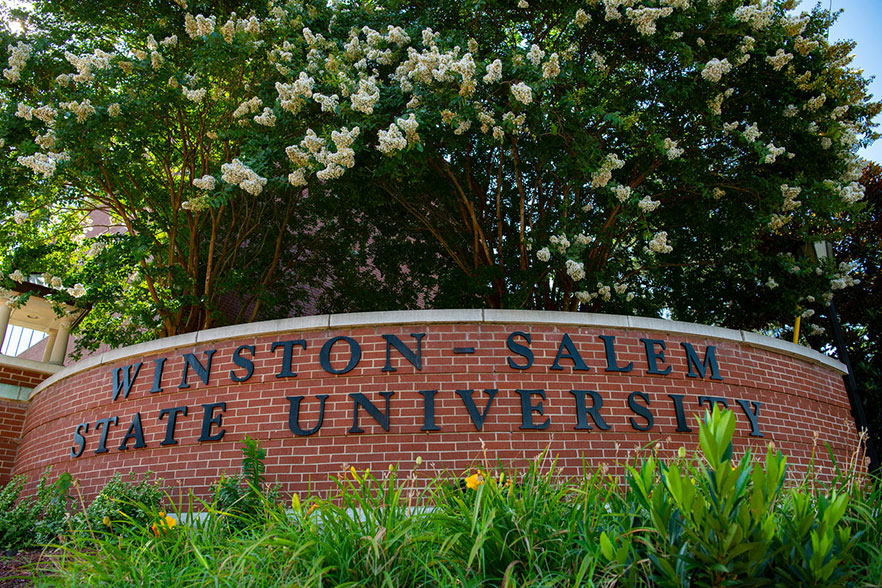 Jack Monell, associate professor and program coordinator of justice studies, won the award for best presentation at the International Conference on Criminal Justice System in Paris. His presentation was on his current research, "Police Perceptions of African American Males and Masculinity,” which is a culmination of the research he’s done over the past two years. The research has produced a book chapter and pending journal publication, while also being  incorporated into his courses within the justice studies program. Monell has also been appointed to the Forsyth County Juvenile Crime Prevention Council. His appointment is for two years as an at-large member.

Melicia Whitt-Glover, executive director of the Center of Excellence for the Elimination of Health Disparities (CEEHD) and the faculty lead for the Health+Art Studio at the Center for Design Innovation, spoke at the UNCF Career Pathways Initiative Fourth annual Convening and Data Institute in Atlanta on July 2. She spoke on how WSSU is using HBCU-community partnerships to address health disparities in Winston-Salem.

Mass communications majors Jonnae Keels, of Miami, and Kadejjah Smith, of Lillington, recently attended the Second annual Clemson University Erwin Center Summer Scholars (ECSS) program. As part of the program, which aims to advance diversity in the field of brand communications, they networked with industry professionals, received hands-on training, and engaged in a competition by working on a real-world project from presenting sponsor Denny’s. This is the second year WSSU students have attended the program.

During spring semester, students in Carol Cain’s Principles of Managerial Accounting (ACC 2317) raised $600 for a local non-profit as part of a hands-on class project. The students, divided into eight teams, chose products, estimated the costs, projected the income and then produced and sold their product. Teams made various baked goods, and one team made an all-natural, non-GMO and allergen-free body cream. All sales proceeds, less any returned team investments, were donated to the Center for Smart Financial Choices (CSFC). Over the past three spring semesters, the project has raised $2,100 for CSFC.

WSSU's Office of Integrated Marketing Communications distributes the Kudos Report monthly as a platform for the university to celebrate and promote the many achievements, successes and contributions of the campus community. Submit a kudos announcement online.