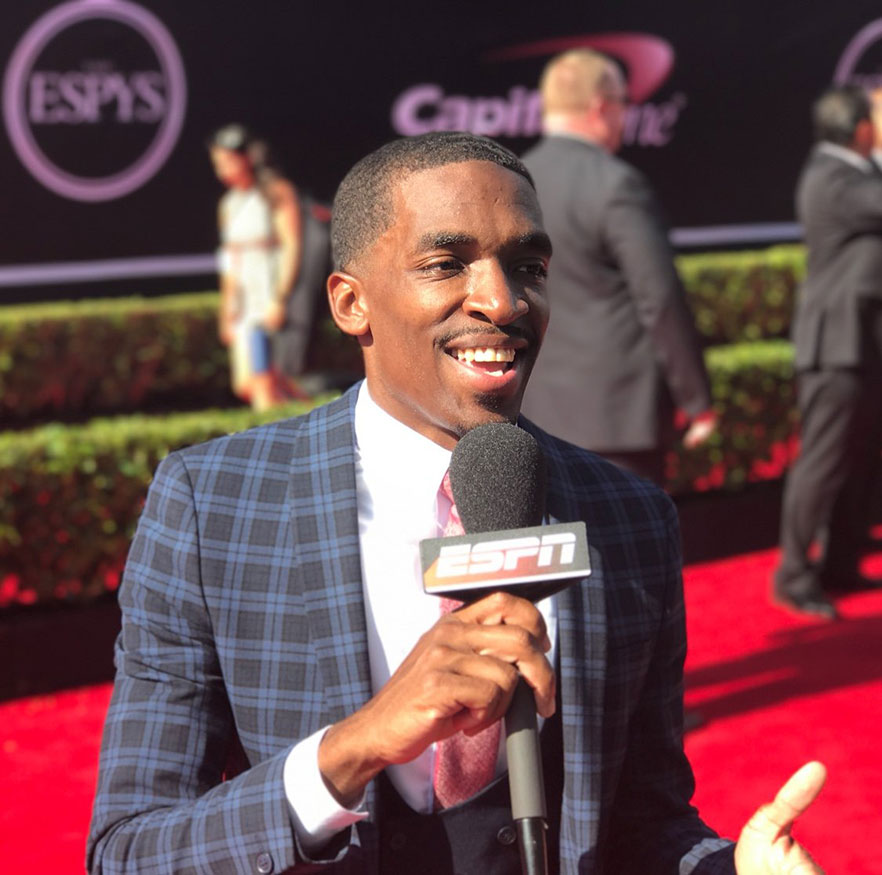 Cornell W. Jones, a host and producer for ESPN, stands outside the ESPY Awards. 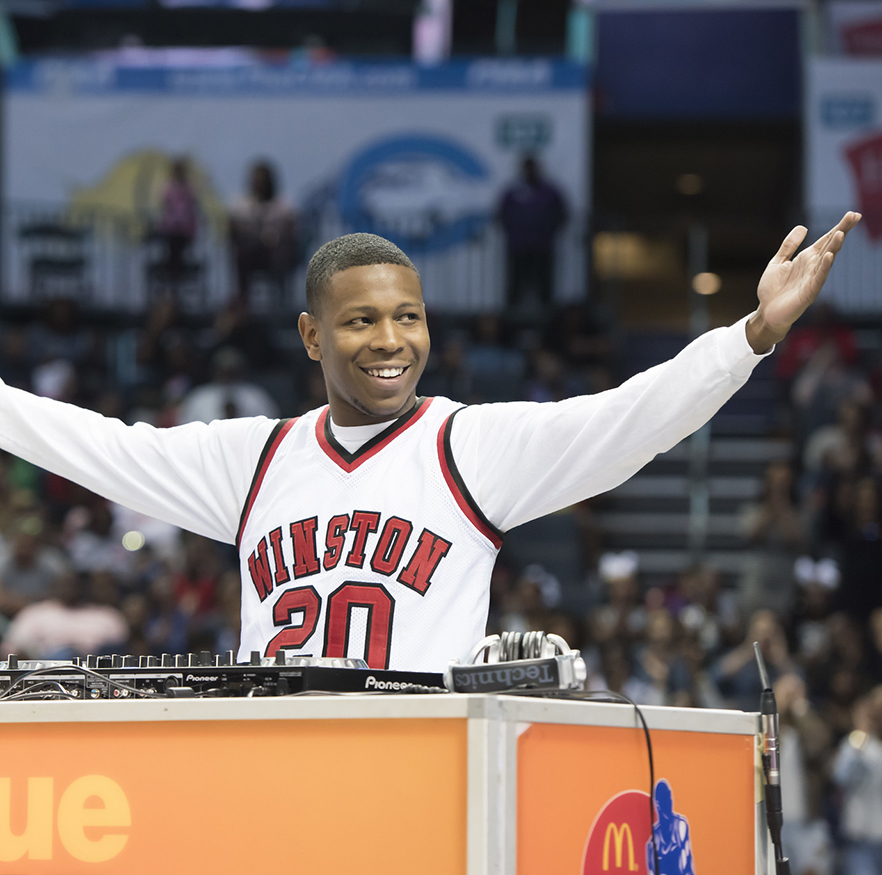 Trellz earned a bachelor’s in marketing from WSSU grew his career as a DJ as a student. In 2017, he was named “CIAA DJ of the Year” and also appeared, wearing a throwback basketball jersey of alumnus Stephen A. Smith in a video that aired on ESPN’s “First Take.”

Davis, a native of Whitsett, is a graduate of Eastern Guilford High School. He currently lives in Winston-Salem. Trellz makes it a point to mentor students and continues to DJ for campus events.

Jones, a native of Manassas, Virginia, is a host and producer for ESPN’s of “OffSCenter,” a segment that’s part of the “SportsCenter” franchise. He also does voice-overs of College basketball billboards on ESPN. The mass communications major has interviewed over 50 athletes and celebrities for ESPN, including Kevin Hart, Ice Cube and Mark Whalburg.

At WSSU, Jones made the Dean’s list for seven semesters in a row. He also led the WSSU cross country team to a 2010 CIAA title. He served as Mr. WSSU during the 2010-2011 school year and was also chosen as Mr. HBCU in 2011. In November, he married Vanita Oakes ‘14, a former Miss WSSU and Miss CIAA 2014. The couple and the wedding party made an entrance at their wedding reception to a live performance of the anthem “Get Up,” performed by the Red Sea of Sound.

This is the fifth year HBCU Buzz has selected its “HBCU Top 30 Under 30” class. The list includes HBCU alumni from a variety of industries, including sports, STEM, entertainment, media, business, public service and fashion.

The class was announced May 15. HBCU Buzz is an HBCU sports, entertainment and entertainment site with more than 500,000 followers on social media.