Student volunteers assist freshmen and their families as they arrive outside of H. Douglas Covington Hall for move-in on Friday, Aug. 9.

Winston-Salem State University (WSSU) is welcoming the class of 2023.

According to Enrollment Management, more than 950 students began arriving on campus starting with freshman move-in on Friday, Aug. 9.

Again this year, WSSU is making sure the class of 2023 is prepared for their college experience even before they hit campus.

Ram Ready was enhanced even more this year with the introduction of a monthly e-newsletter for incoming freshmen.

Last year, 86 percent of freshmen had completed all their steps by move-in weekend. This year, the percentage is expected to be even higher, said Joel Lee, associate vice chancellor of enrollment management.

Ram Ready and its impact reducing the "summer melt" was highlighted recently in an Inside Higher Ed column.

Ramdition, WSSU’s weeklong orientation for first-time freshmen, got under way on Sunday, Aug. 11, with the Welcome Session. During the week, students will meet members of the university’s administration, faculty and staff and be placed in groups, each led by student legacy leaders.

Ramdition concludes on Saturday, Aug. 17, with Through the Archway. The ceremony, a tradition since 2009, begins with a processional, led by the sophomore class, the Student Government Association and Chancellor Elwood L. Robinson. Students will walk through the university’s historic arches, symbolizing their transition from “Lambs to Rams.” Along the processional route, students will be greeted by faculty, staff, administration, alumni and their families.

The ceremony will be followed by Meet the Rams, an opportunity to meet the student-athletes participating in fall sports for WSSU athletics. The free community event also will include performances by the Red Sea of Sound marching band and the WSSU Powerhouse of Red and White cheerleaders.

WSSU also is welcoming more than 400 new transfer students, about the same number as last year, Lee said. The incoming class of students for graduate and professional programs is expected to be near the same as last year, which set a university record.

Last year’s freshman class numbered 933. This is the fourth consecutive year that first-time freshman enrollment at WSSU has exceeded 900 students. Official enrollment numbers will be released in September. 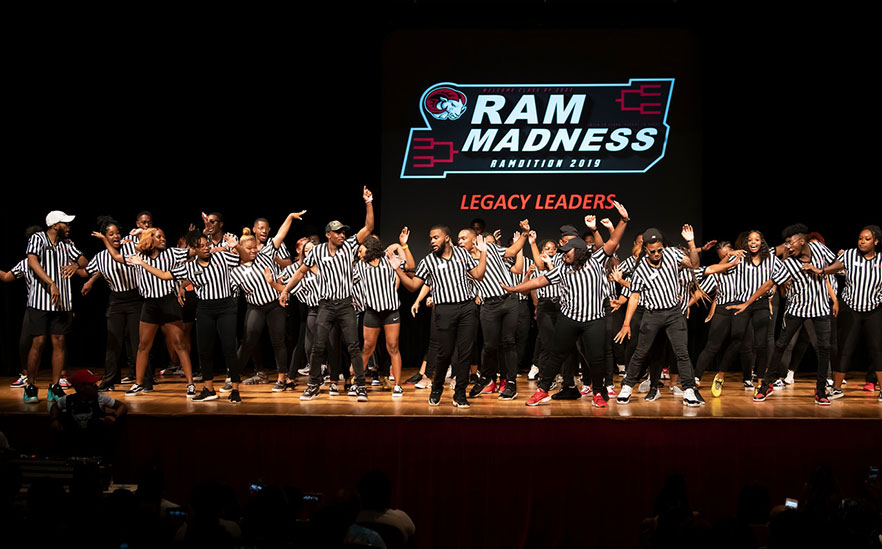