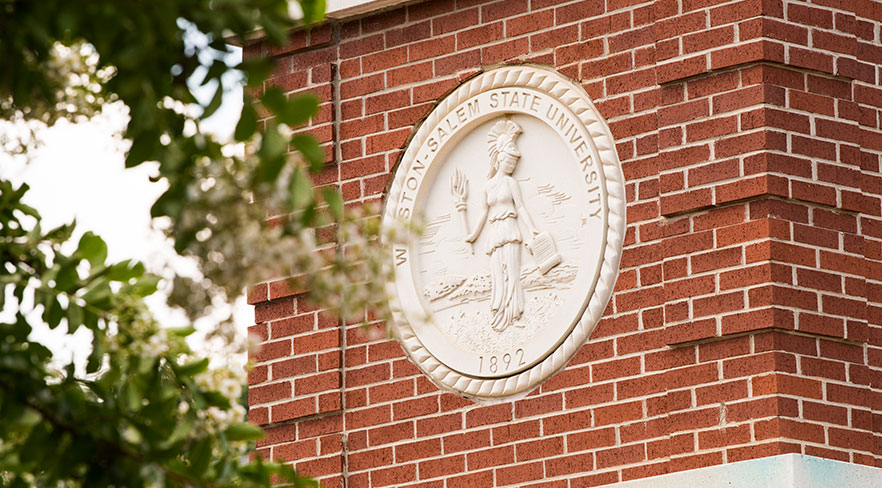 “We are very proud of our faculty who have successfully navigated the tenure and promotion process,” said Anthony Graham, provost and vice chancellor of academic affairs. “This achievement validates that these faculty create a responsive learning environment that ensures our students can compete confidently in a global market. Additionally, their accomplishment certifies that we have high-quality faculty who will propel the institution forward as an academic and research powerhouse.”

The faculty earning tenure and promotions are:

Rachelle Redmond Barnes, associate professor of psychology in the Department of Psychological Sciences. Since arriving at WSSU, Barnes has been awarded a grant through the university's Research Initiation Program (RIP) and received the 2018 Wells Fargo Excellence in Teaching Award. Her research focuses on cross-cultural issues in the counseling field, and she has presented her work at several state, regional, and national conferences.  Additionally, Barnes has collaborated with other researchers on publications addressing the well-being of children in the public education system. Barnes is president-elect for the North Carolina Association for Counselor Education and Supervision.

Althea B. Bradford, associate professor of speech communication in the Department of Communication and Media Studies. Bradford is motivated by a belief that within each learner is “genius power” that has the ability to bring their unique experiences to academic discussions and activities. Since joining the WSSU faculty, she was presented the Wilma Lassiter Master Teacher Award by her peers. She has also developed new courses, published scholarly articles with peers, and most recently, published a chapter in a textbook on intercultural communication. She serves as a member of the Faculty Awards Committee and as secretary of the Faculty Senate. Bradford is a member of the Carolinas Communication Association. She is also the co-advisor of the National Communication Association Student Club on campus.

Lisandra Estevez, associate professor of art history in the Department of Art + Visual Studies. She has been teaching at WSSU since 2013. She earned her bachelor’s in English and art history, and a master’s and doctorate in art history from Rutgers, the State University of New Jersey. Her research and scholarship focus on Spanish and Latin American art, transatlantic cultural exchanges in early modern art, the African presence in Renaissance Europe, the history of collecting, and polychromy in pre-modern European art. She has published articles, essays, and book and exhibition reviews in “Art Inquiries, the Sixteenth Century Journal,” “Renaissance Quarterly,” “Notes on Early Modern Art,” “Paragone: Past and Present” as well as in essay collections. She is the author of two forthcoming books: an edited volume titled “Collecting Early Modern Art (1400 to 1800) in the U.S. South” and a monograph tentatively titled “Jusepe de Ribera and His Artistic Milieus in Early Modern Italy and Spain.”

John Hutchens, associate professor in the Department of Mathematics. He received his doctorate. in mathematics from North Carolina State University in 2013. Prior to joining WSSU’s faculty in 2016, he was an assistant professor at Southern Arkansas University. The majority of his research has been in the area of algebraic groups and generalized symmetric spaces. He enjoys co-advising the Math+Stat Club and teaching classes throughout the mathematics curriculum.

Hye Young Kim, associate professor of art in the Department of Art + Visual Studies. She received her Bachelor of Fine Arts in painting from Korea University in 2007 and master’s degrees in fine arts from Washington University in St. Louis in 2009 and the University of Florida in 2013. She joined WSSU’s faculty in 2013. As a video performance/installation artist, she has investigated human existence with physical and psychological traces by integrating traditional art-making techniques with experimental video and installation. Kim’s work has been exhibited throughout the United States, Europe, and Asia. She had a solo exhibition at Salisbury University in Maryland in 2016 and Wittenberg University in Ohio in 2019. Her works have been displayed worldwide, including Cluj, Romania; São Paulo, Brazil; Essen, Germany; and Toronto. She has held art residencies at Bresler Resident at VisArts at Rockville; Currents Santa Fe Art Institute in Santa Fe, New Mexico; Gebart in Zalaegerszeg, Hungary; and SKICC in Dunaújváros, Hungary.

Lisa Maness, associate professor in clinical laboratory science. She received bachelor’s degrees in biology and medical technology and master’s in biology from the University of North Carolina at Greensboro. She earned her doctorate from North Carolina A&T State University with a dissertation titled “Anticancer Activity of Pokeweed Extracts and their Fractions on Breast and Colon Cancer Cells.” In addition to continuing to work as a medical technologist, she completed a post-doctorate at NC A&T. She is a certified medical technologist through American Society for Clinical Pathology and American Medical Technologists and is on the board of directors and a subject matter expert in microbiology for the latter organization. Since joining WSSU, Maness has taught face-to-face and online, and led students in a variety of research topics. She has presented at state, national and international conferences on a variety of topics, including human arboviruses, parasites, and cultural competence among laboratorians.

James Pope, interim director of the Office of International Programs and an associate professor and program coordinator of Africana Studies. Pope’s teaching and research maps the intellectual traditions and philosophical continuities in African and Afro-descendant sociopolitical thought and cultural behavior as it relates to understanding the interaction between human rights, social movements, race/racism, and critical consciousness formation. Prior to joining WSSU’s faculty, Pope taught various courses on African and diasporic history, culture, and politics at Howard University, Georgetown University and Virginia Commonwealth University. He is creator, co-host/host and executive producer of two international radio program: “AfricaNow!” and “Africa World Now Project.”  Pope is the author of “An Africana Reader: An Anthology of Sociopolitical Thought and Cultural Resistance.” He is also Amnesty International’s country specialist for South Africa.

Tangela Towns, associate professor in sociology in the Department of Behavioral Sciences. She teaches courses in the area of medical sociology, general sociology, and sociology of mental illness. Her research interests include: health disparities, class, race, ethnicity, health behaviors, diabetes and obesity in minority communities, cultural competence, social inequalities, and minority health outcomes. Towns earned a bachelor’s degree in sociology from Florida A&M State University and a master’s in applied sociology and a doctorate in sociology from the University of Central Florida. Her work, “Barriers to Care: Health Promotion among Hispanic Men,” is published in Sociology Compass journal. She has also presented her work at national conferences. Towns serves as co-advisor to the Sociology Club, where she works with students on a number of service projects, forums, social movements and community activities.

Chinyu Wu, associate professor in the Department of Occupational Therapy (OT). Wu is a licensed occupational therapist who specializes in mental and behavioral health. She received her master's degree and a doctorate in occupational therapy from New York University. After joining WSSU’s faculty, Wu developed mental health practice courses for the OT curriculum. WSSU has the only OT program in the state that prepares its students to serve individuals with mental and behavioral health issues. WSSU OT students now receive internships and experiential learning opportunities at psychiatric hospitals and community-based mental health facilities. Wu has conducted a research study that assessed the occupational needs of emergency department frequent flyers in Winston-Salem who had mental-health related chief complaints, and a study that assessed the service needs of patients of a local behavioral health hospital. The latter not only led to a co-presentation by OT students and a clinician from the hospital at a national conference, but also resulted in the behavioral health hospital's hiring a full-time occupational therapist for the first time in the hospital's history. Wu was also a faculty fellow for WSSU’s Center for Innovative and Transformative Instruction (CITI) in 2018-19.