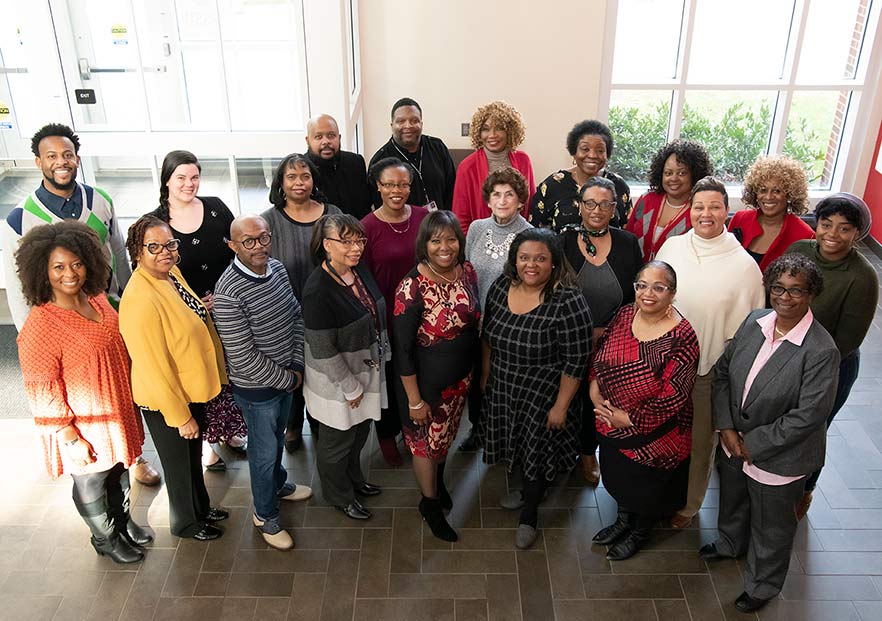 WSSU's State Employees Combined Campaign Committee led a historic effort for faculty and staff to raise more than $30,000 for charities.

Out of the five historically black institutions in the University of North Carolina System, WSSU ranked second in giving. The university came in eighth among all of the system schools, putting WSSU in the top 50 percent of dollars raised during the SECC.

Over 200 employees donated to the campaign, which ran Oct. 7 to Nov. 22 - an increase in participation from the previous year’s campaign. The campaign also surpassed its monetary goal by more than $3,000.

Leslie Winbush, WSSU SECC committee chair and staff senate president, said the support of building captains and other volunteers was vital to the effort.

“The level of commitment we received from our building captains and volunteers this year was remarkable,” said Winbush. “WSSU has proven once again that we are a caring and giving institution and the SECC results are evidence of that."

WSSU’s School of Health Sciences and the Faculty of Business had 100 percent participation from its faculty and staff. A third of what was raised during the campaign was given to the WSSU Foundation.

In addition to Winbush, WSSU Provost Anthony Graham served as a co-chair alongside Darryl Scriven, dean of the College of Arts, Sciences, Business and Education; and Celia Hooper, interim dean of the School of Health Sciences.

“The funds raised during the 2019 campaign are the most in the history of WSSU,” Winbush said.

SECC allows state employees to donate to nearly 1,000 charities, including the WSSU Foundation. Since 1985, more than $103 million has been donated to local, national and global charities through SECC. For more information on SECC, please visit ncsecc.org.