Haley Gingles will be joining Winston-Salem State University’s Office of Integrated Marketing Communications as the Director of Communications and Media Relations effective March 2, 2020.

Gingles began her career in North Carolina state government working for the North Carolina Department of Commerce - Division of Tourism, Film, and Sports Development. There she worked in public relations, served as the department’s public information officer, and was a travel writer for the state covering tourist destinations from the coast to the mountains. Her work was featured in well-known publications such as Condé Nast, Travel, Budget, and Southern Living magazines.

In 2005, Gingles moved to Winston-Salem and began a career in municipal government with the City of Winston-Salem. There she worked in marketing for the Recreation and Parks department and produced WePLAY Magazine and hosted WePLAY TV.  While there, and with the help of a great team, she received the Program of the Year Award for the successful execution of WePLAY Family Field Day which brought hundreds of citizens together for a day of health and exercise.

Gingles then transitioned to the Winston-Salem Chamber of Commerce where she served as director of marketing and communications. During her tenure, she was able to successfully promote Chamber services, while serving as a counselor for small businesses to assist them with branding their products and services.

After serving six years at the Chamber, Gingles took on another communication role in the health and law enforcement industries as communications and government affairs director for The FMRT Group. There she traveled North and South Carolina educating public safety organizations about mental health services. She also served as a lobbyist with the state of North Carolina advocating for tougher mental health guidelines for first responders.

Gingles is a graduate of the University of North Carolina at Chapel Hill and received her bachelor’s degree in communication studies. She also holds a national accreditation in public relations.

For the past eight years, Gingles has served as a Corporate Volunteer for the Winston-Salem Forsyth County School System, helping kindergartners with reading proficiency. She has also been appointed by the mayor to serve on the city’s Public Assembly Facilities Commission, of which she is chairwoman. She is also a long-time active member of Alpha Kappa Alpha Sorority, Inc. 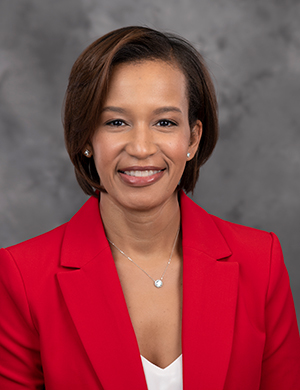