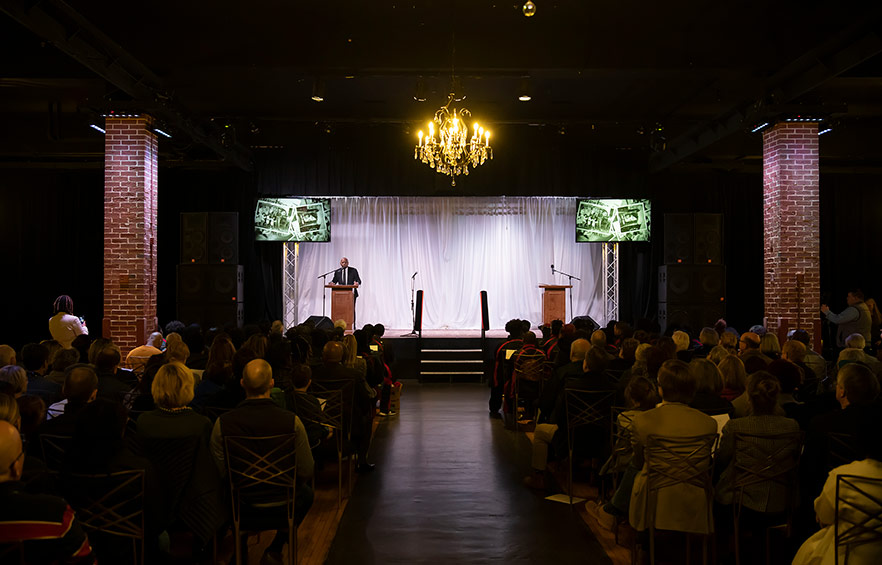 The Millennium Center was standing room only as more than 200 Winston-Salem residents gathered to commemorate the 60th anniversary of the Winston-Salem sit-in on Sunday, Feb. 23.

“Today we are gathered to remember the courage and compassion of twenty-one students of remarkable character, said Elwood L. Robinson, chancellor of Winston-Salem State University. “Their leadership and legacy live on in our community today.”

Wake Forest University President Nathan Hatch provided the welcomed. Followed by Robinson, who shared a personal story about growing up in the segregated South before reading a Proclamation of Recognition, honoring Victor Johnson Jr.

Johnson was one of eleven African American students from Winston-Salem Teachers College to participate in the sit-in at the Woolworth’s in Winston-Salem on Feb. 23, 1960.

"The sit-in movement was a critical turning point in our city’s history that ultimately brought about the desegregation of lunch counters in the City of Winston-Salem and raised the visibility of the Civil Rights movement to the national stage," Robinson said. 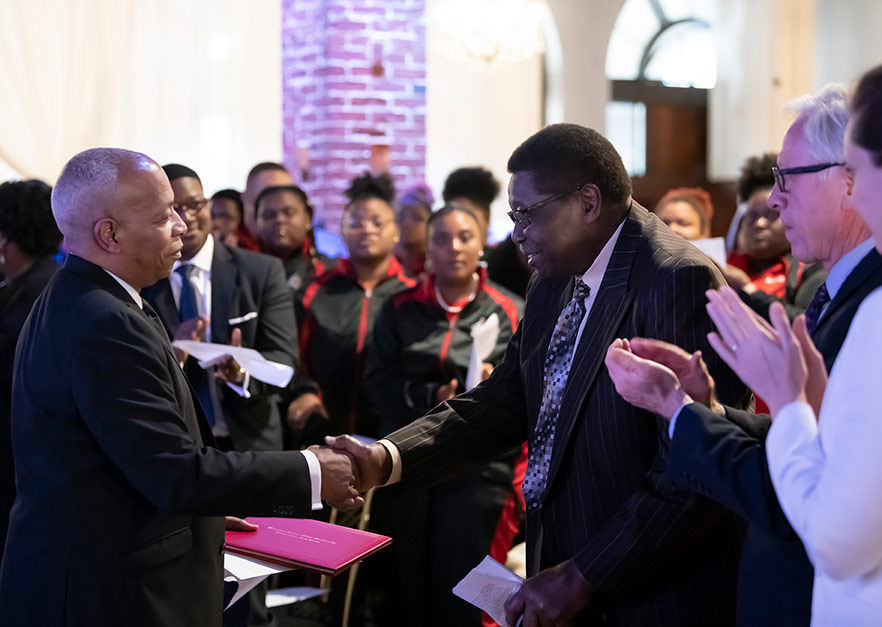 The keynote address was given by Jonathan L. Walton, dean of the Divinity School and Wait Chapel at Wake Forest University. During his keynote, Walton said that this event was not just to memorialize what happened.

"We are here to let subsequent generations know that privilege comes with a price and citizenship comes with a cost," said Walton. " We are not here today to merely memorialize what was. We are not just here to celebrate past success. We are also here to inspire one another to continue the quest for justice, democracy and equality..."

The program concluded with a musical offering from the WSSU Singing Rams, led by Maestra D'Walla Simmons-Burke. Their selection, "Sing Out! March On!" became the theme as the choir led a procession to the site of the sit-in, located at the corner of Fourth and Liberty Streets. A historical marker labels the site as the location of the “First sit-in victory in North Carolina.” 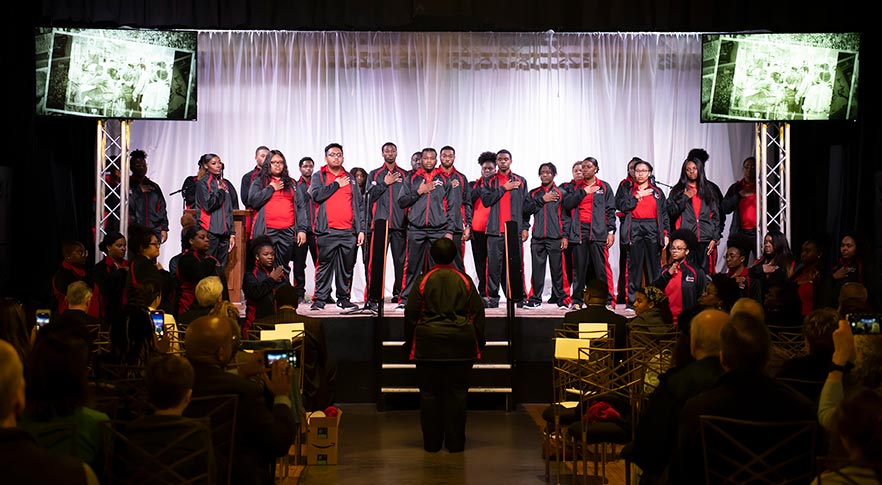 A vigil was held near the site of the former Woolworth’s building. Twenty-one stools were set up to represent the students who participated in the original sit-in. As those student names were called, current students from either WSSU or Wake Forest took a seat on a stool, except for Johnson who represented himself.

“We speak their names in gratitude…in honor of the students who, sixty years ago, sat at this site so that we all might live greater lives of justice and peace,” said Robinson. 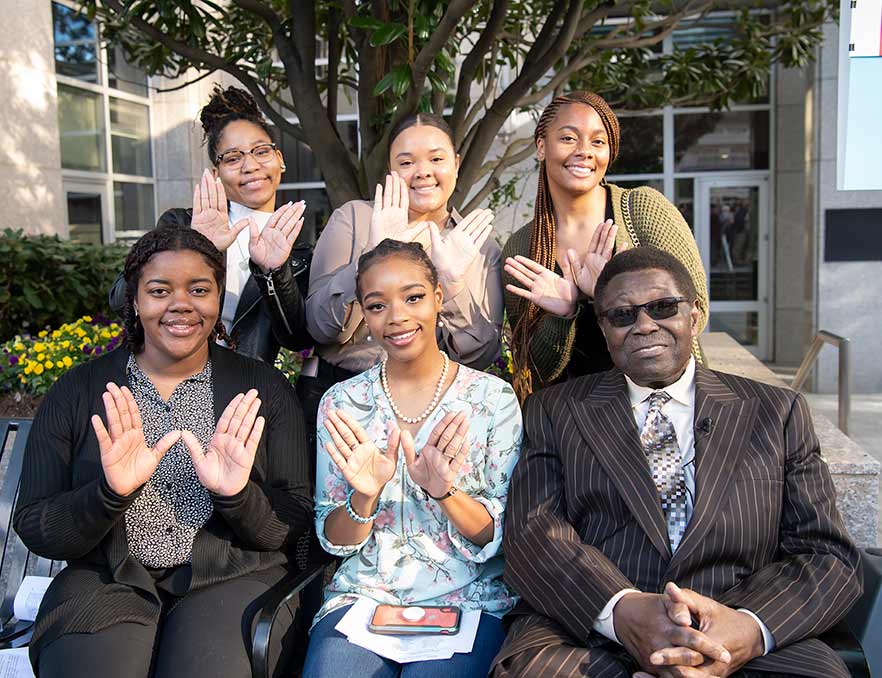