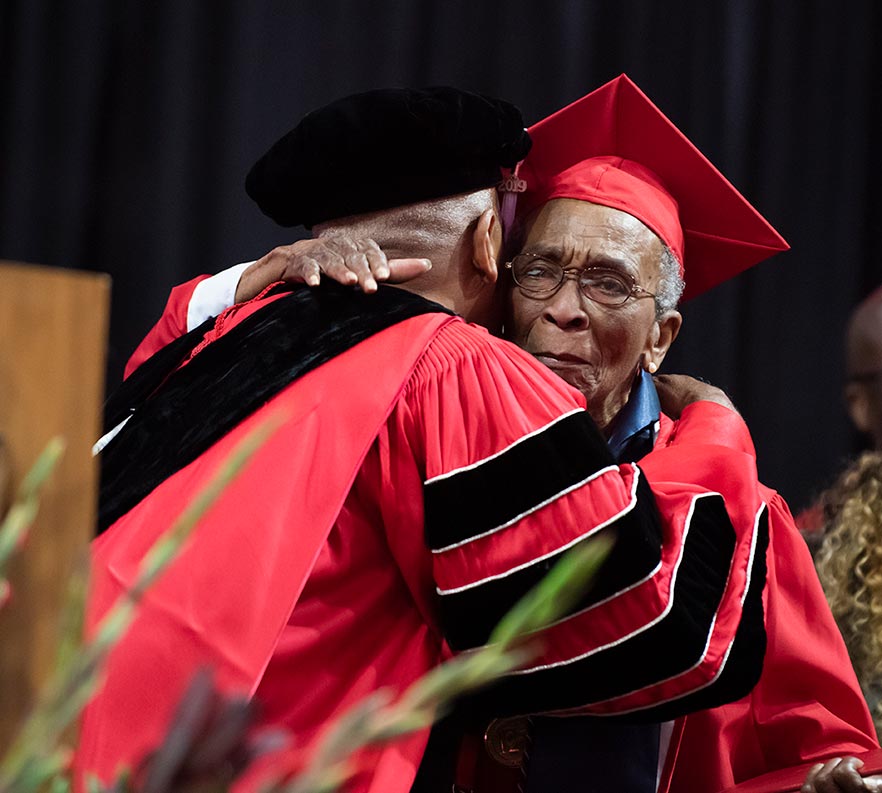 World War II veteran and WSSU alumna, Elizabeth Barker Johnson, turns 100 on May 2. Johnson received national attention when she was featured on local and national news for walking in WSSU's 2019 commencement ceremony, 70 years after graduating from the institution.

World War II veteran and Winston-Salem State University alumna, Elizabeth Barker Johnson, will turn 100 on May 2. She gained a bit of celebrity last year when she was featured on local and national news for walking in the 2019 commencement ceremony, 70 years after graduating from the institution. To honor this occasion, a drive-by party and birthday card appeal have been planned.

Johnson was ranked as private first class in the U.S. Army during World War II. She was a member of the 6888th regiment, which was the only all-female, all African American regiment stationed overseas.

Her family is planning a celebration for her in Hickory, North Carolina. For this milestone birthday, Johnson is asking the community for 100 birthday cards. Cards can be sent to the address below.

Drivers that would like to participate in the drive-by parade on May 2 are asked to lineup starting at 1:45 p.m. at or near the Catawba Science Center (243 3rd Ave NE Hickory NC 28601). Please expect heavy traffic.

We are asking all of our Ramily, friends, and supporters to help us make this an unforgettable birthday celebration. Let’s all show our Ram pride! 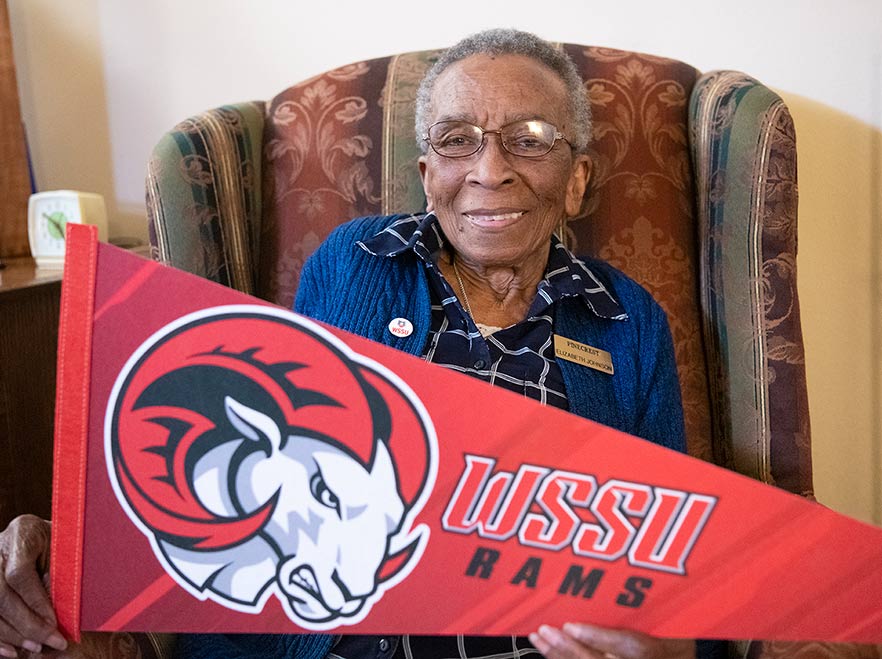 Johnson's family is planning a celebration for her milestone birthday. She is asking the community for 100 birthday cards.
Tags: Media, Alumni