WSSU’s Red Sea of Sound to be featured on ABC 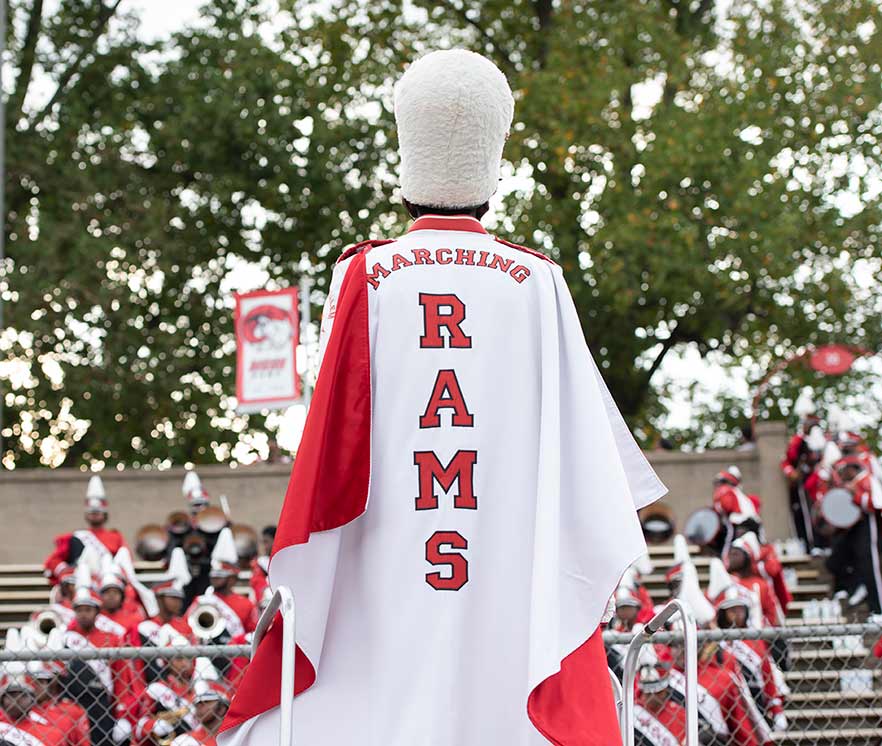 WSSU Red Sea of Sound Marching Band will be featured on ABC's "National Battle of the Bands: A Salute to HBCU Marching Bands" at 2 p.m. on Feb. 28.

WSSU’s nationally acclaimed Red Sea of Sound Marching Band will again take the spotlight in an ABC film featuring HBCU bands that will air this Sunday, February 28, at 2 p.m. on WXLV-Channel 45.

“National Battle of the Bands: A Salute to HBCU Marching Bands” will be an hour-long tribute to the history and prestige of HBCU bands. The film will feature performances, interviews, and a behind-the-scenes look at the talent and effort that goes into each production.

Dr. Michael Magruder, band director and professor of music, will be featured in the film. You’ll hear him passionately bring to life the legacy of the Red Sea of Sound.

“For decades, music has been at the center of the HBCU experience. Our students put their hearts into every note, and they deserve this recognition. We are excited to share our talent and showmanship with audiences from around the world,” said Magruder.

The Battle of the Bands inaugural competition was hosted in Houston in 2019 and featured eight HBCU marching bands. The highly successful event generated $88,000 for scholarships. Due to COVID-19, the event was canceled for 2020 but is back on the schedule for the fall of 2021.

The film was produced by Charlotte-based Webber Marketing, who also created the National Battle of the Bands event.