When David Butler graduated from Victory Christian Center School in Charlotte a dozen or so years ago, he took his 2.7 grade point average and headed to Winston-Salem State University with the goal of reinventing himself and take advantage of his new-found love of business.

Butler, who just turned 30, can put a big check mark in the “mission accomplished” box.

“I was really looking just to apply myself. In high school you are just figuring out who you are, playing sports … you can’t see the forest for the trees,” Butler said recently. “I had an epiphany as a senior (in high school). During Junior Achievement in the second semester of my senior year, a light bulb went off that business came naturally to me, and I may be able to do something in business.” 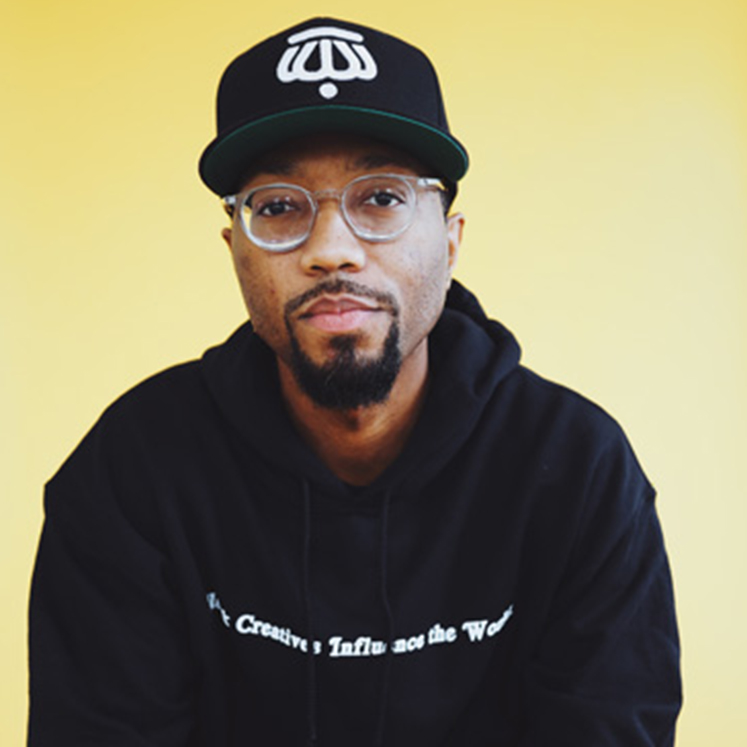 Well, let’s check in on the business accomplishments of the class of 2013 SGA president since graduation:

And while his professional life was exploding, he continued to keep alive his love of the creative and community, establishing himself in that arena in Charlotte.

“Without a doubt, Winston truly prepared me. One of the things I like to say is nothing prepares a Black student for existing in America like attending an HBCU,” said Butler. “You are in an environment that is created with your success in mind and leaning into the resources that are there, you are going to find something.

Somewhere around the time he graduated from WSSU, Butler made the conscious decision to avoid the cubicle business world as much as possible. “I didn’t want to sit in a cubicle. I knew I needed to do something different and by the grace of God and being on an HBCU campus I was able to do that.”

When the director of career services at WSSU steered Butler toward an interview with Coca-Cola in Charlotte, Butler said he had no other prospects, that he “had $1,500 and a camera and was going to roam the Southeast. I was lucky enough to get that job.”

The job with Coke actually did involve time in a cubicle, about 18 months, but it was worth it for the Charlotte native.

“I’m grateful for that time at Coca-Cola. I didn’t realize it at the time, but I was able to establish myself in Charlotte as an artist and as a creative,” said Butler, who also gained valuable supply-chain experience with Coca-Cola. “That was a turning point; I was able to create a citywide profile. It was good to have a job that was paying well, and I had my feet up under me and surrounded by family and friends in my hometown.”

After a year-and-a-half with Coca-Cola, Butler moved to retail, a step he felt necessary in building out his career plan.

He also founded his first company, The Featherbed, when he moved into retail. That’s where he began a second career in photography and video services and used it as a platform for all his creative endeavors.

“It was a lot of your traditional freelance stuff … family photos, weddings, all that type of thing and learning about building your own business,” said Butler. “I was very intentional about working retail and that was very important because that retail experience combined with all my other experiences prepared me for my time at the Whitaker Group.”

Let’s not forget the Whitaker Group, a significant retail chain with 22 stores across the country that works specifically in sneakers and men’s fashion.

“After I left Coke, I went from working in retail at a mall to one of the largest boutique retailers in the country,” said Butler.

He had quite the impact at the Whitaker Group, leading the company’s e-commerce build out and helping establish the company’s community and non-profit sectors.

“I leveraged my background in photography and my understanding of retail to become an e-commerce product photographer. Within that first year-and-a-half, because of my supply chain experience with Coke, I was able to lead the build out of the e-commerce operation and kind of build the backend myself,” said Butler.

Even though his professional career was charging forward, Butler would not let his creative side lag. In 2018 he intertwined his creativity with his love for his hometown to team with nationally-renown photographer Alvin Jacobs to design an exhibit that was displayed in the Harvey Gantt Center for Arts + Culture in Charlotte. It was a pictorial of Brookhill, a Black neighborhood created in Charlotte during the early 1950s and documented families that had lived there since the beginning. For the stunningly moving photos and the powerful exhibit, Jacobs and Butler were named 2018 Charlotteans of the year by Charlotte Magazine.

“It was a turning point for sure. It definitely helped create some citywide awareness,” Butler said of the exhibit and resulting award. “I already had a profile as a Charlotte native that was in tune with things that were going on. And again, I had a voice representing a population that wasn’t really present in the creative conversation or the public conversation, so that moment created a runway for, and kind of set the table for what we later built.”

These days Butler’s professional energies are focused on Hue House, a creative agency he founded with Davita Galloway and David Arrington two years ago that includes a social enterprise model to help ensure Charlotte’s Black and brown artists are represented and supported.

“Our goal is to make sure there is more space for Black and brown people within the marketing and advertising space,” explained Butler. “We do that through a social enterprise model. We are a creative agency with a nonprofit arm. That allows us to onboard artists and creatives and small business owners.”

All corners of Hue House are bustling these days. There are monthly events for the nonprofits to pull together artists and creatives to talk and share stories. There’s a publication that archives these conversations for all to reference.

And the core business of Hue House, the creative and marketing business, has taken off.

“We are growing exponentially at this point. It has been great the last two years to see it grow, to incubate, especially through these times we are living through … to experience growth in the middle of a pandemic is God-engineering,” said Butler, who recently left his post at The Whitaker Group to work full time at Hue House. “It was time to keep pushing forward. We are doing the work of standing up the business and making sure it’s really strong so we can continue the growth we have.”

These days, as life zooms by and success builds, he thinks back to his four years at Winston-Salem State and every time, he is thankful.

“Winston groomed me professionally, it groomed me personally. It was super formative and transformative. I had a lot of real-world experiences there. It wasn’t only what I was doing in the classroom, it was a well-rounded experience that helped me,” said Butler, who has intentions of bring an impactful art project back to WSSU’s campus in the Diggs Gallery..

“One of my business partners asked me what it is you like about yourself best and I said to them my perspective and a lot of that was shaped at Winston. To be able to get my hands dirty, figure out how the world works, how it works on things in the classroom and works on things outside the classroom and work on things I was passionate about, that world that existed there. I was wrapped around that culture. It really empowered me.”