Alexis McCrea is the first WSSU graduate to take advantage of the Early Assurance Program.

A recent Winston-Salem State University (WSSU) graduate is on her way to earning her doctor of physical therapy (DPT) degree thanks to a new program that aims to increase the diversity of two of WSSU’s signature graduate programs.

Alexis McCrea, who earned her Bachelor of Science in Exercise Science in May, began taking courses in WSSU’s DPT program in January. She became the first to take advantage of an Early Assurance Program (EAP) that guarantees admission into the DPT and Master of Science in Occupational Therapy programs for WSSU graduates who meet specific admissions requirements.

This fall marked another milestone with five WSSU May graduates entering the Master of Science in Occupational Therapy (OT) program through a similar assurance agreement.

The agreements, approved by WSSU’s School of Health Sciences in December 2015, are the first-of-its-kind for a Historically Black College and University (HBCU).

“These deserving WSSU students are the first of many who will benefit from this unique Early Assurance Program,” said Dr. Peggy Valentine, dean of the School of Health Sciences. “The School of Health Sciences is committed to helping create a diverse workforce. Through EAP, we are not only meeting the tremendous healthcare workforce needs in North Carolina, but also giving WSSU’s best students the opportunity to earn a head start on their graduate education.”

McCrea, a member of the Powerhouse of Red and White as an undergraduate, plans to graduate in 2019.

McCrea explains more about the program in the video below. 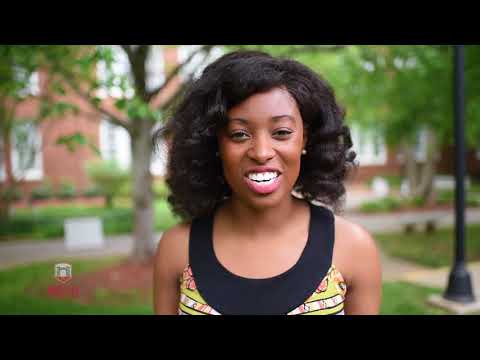