Byron Pitts, a multi-Emmy award-winning journalist for ABC News and author, will be the speaker at Winston-Salem State University’s 2018 Commencement Ceremony on Friday, May 18.

As a journalist, Pitts has covered some of the biggest news stories of the past 18 years, including the attacks on 9/11, the Iraq War, Hurricane Katrina, the Boston marathon bombing investigation, and the refugee crisis in Kosovo. Since 2014, he has been the co-host of ABC News’ “Nightline.” Prior to joining ABC News, Pitts spent 15 years at CBS News, where he served as chief national correspondent for “The CBS Evening News” and filed regularly for “60 Minutes.”

“We are honored to have Byron Pitts as our commencement speaker,” said Chancellor Elwood L. Robinson. “Mr. Pitts has an incredible story to tell of how – through faith, family and friends – he was able to overcome a childhood filled with obstacles to become one of America’s leading journalists. I know his message will be thought-provoking and uplifting for our graduates as they prepare to leave WSSU and begin the next chapters of their lives.”

Until age 12, Pitts had a debilitating stutter and a secret: He couldn’t read. His memoir, “Step Out on Nothing,” describes his journey.

Pitts also is the author of “Be the One: Six True Stories of Teens Overcoming Hardship with Hope.”

Pitts, a native of Baltimore, is a graduate of Ohio Wesleyan University, where he studied journalism and speech communication. He began his career at WNCT-TV in Greenville, North Carolina.

The ceremony will recognize more than 1,200 graduates who received their degrees during summer and fall 2017 and spring 2018. This includes:

The ceremony, which begins at 8:45 a.m., will be held, weather permitting, at Bowman Gray Stadium. The rain location is Winston-Salem’s Lawrence Joel Veterans Memorial Coliseum. For those who cannot attend, the ceremony will be live-streamed on WSSU’s website. 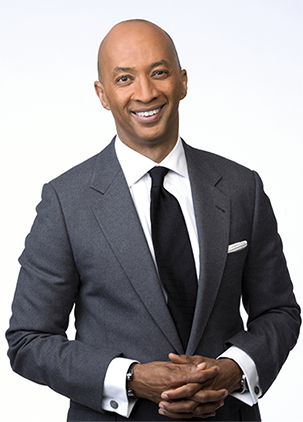