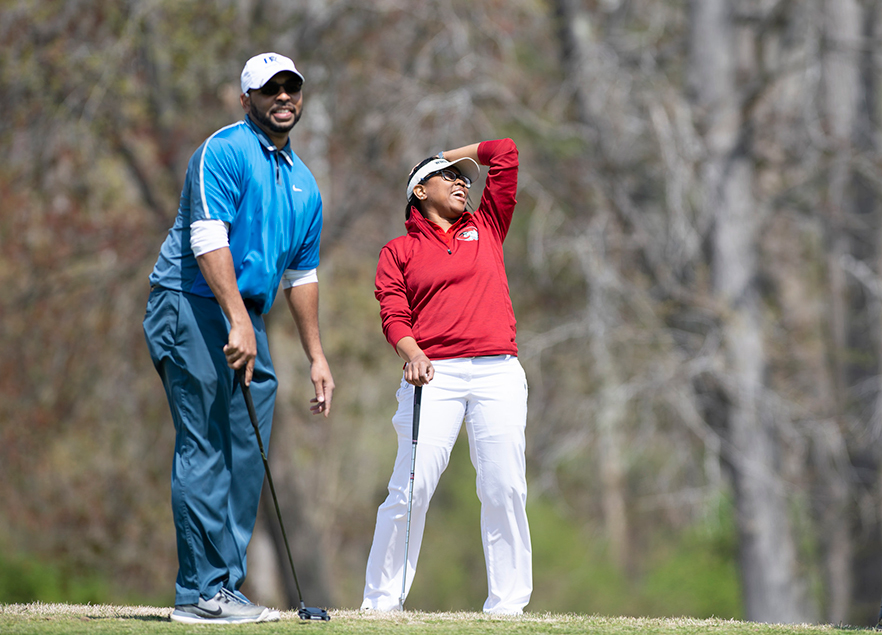 Frank Ingram, chair of the Department of Mathematics, and L'Tona Lamonte '99, head women's basketball coach, have fun at the WSSU Golf Classic. The event raised more than $40,000 for student scholarships.

All proceeds from the event go directly to WSSU’s General Scholarship Fund.

SAVE THE DATE: The 19th annual WSSU Golf Classic will be held on April 26, 2019, at Meadowlands Golf Club. 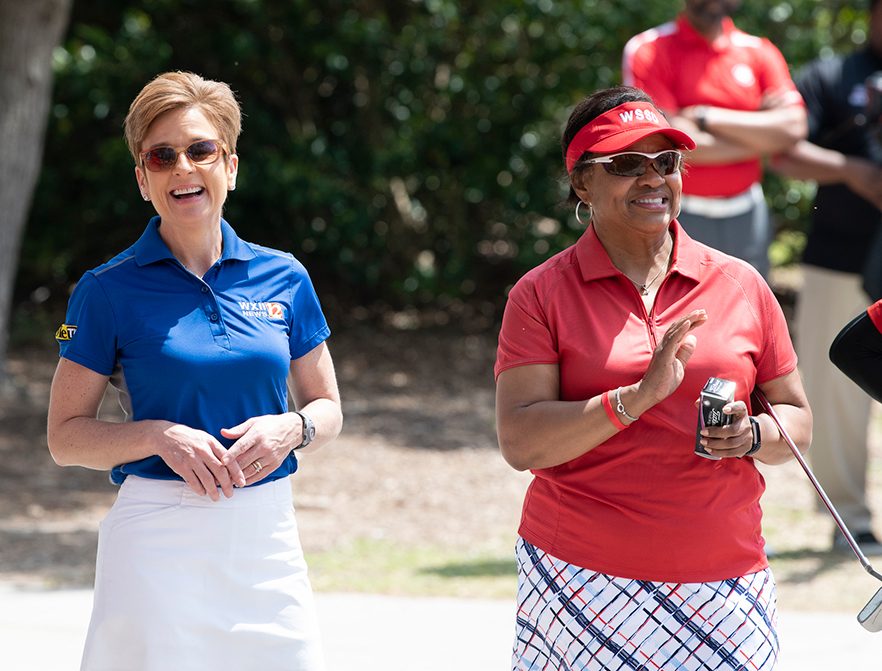