In a recorded video, Robinson, SOHS Dean Peggy Valentine and students from Hubei who are attending WSSU as part of an agreement between the two universities, offer wishes to Hubei on its 60th anniversary.

Since August 2014, 21 students from Hubei have attended WSSU’s nursing program. WSSU and Hubei expanded the partnership in 2017 to provide the opportunity for faculty and students from WSSU to travel and study in China. The expanded program began in March with six faculty from the SOHS visiting Hubei over spring break.

WSSU plans to send its first students to Hubei for a planned acupuncture/traditional Chinese medicine program in 2019.

The university, located in Wuhan City, Hubei Province in the central part of China, was founded in 1958. Since 2014, 10 Chinese students have graduated with Bachelor of Science in Nursing (BSN) degrees from WSSU, included two who are graduating this month.

See the video below. 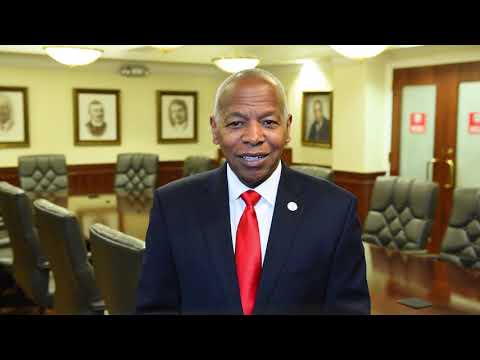