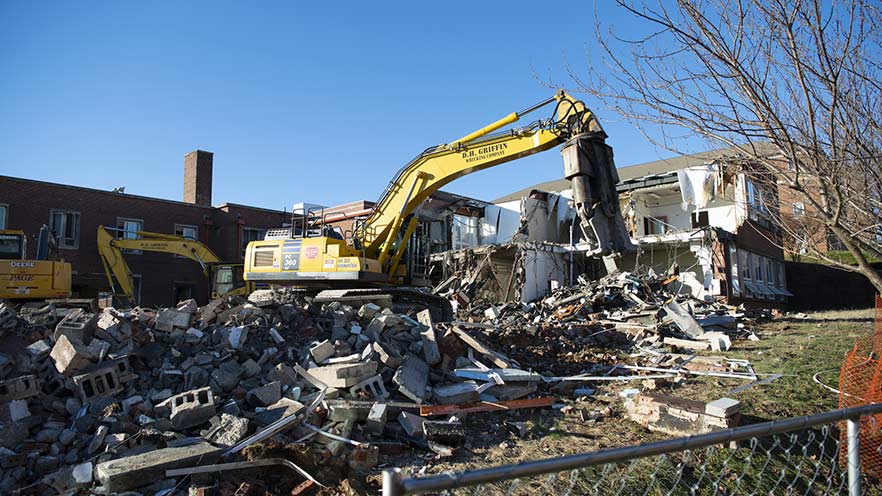 “Salvageable items like LED lights, air conditioning units, and similar effects were removed from the building,” says Timothy McMullen, associate vice chancellor for Facilities Management. “Due to the building’s age, obsolescence and poor condition, it was not financially feasible to renovate or adapt it for other uses.”

The Old Nursing Building, built in 1958, has been vacant since WSSU’s copy center relocated to the Cleon F. Thompson Student Services Center a year ago.

McMullen says that additional parking areas and a slope will be placed on the site until future plans are implemented.

WSSU’s 20-year master plan, which was approved in June, proposes redevelopment opportunities for the site that include the expansion of athletic facilities and a 3,000-seat multipurpose convocation center.