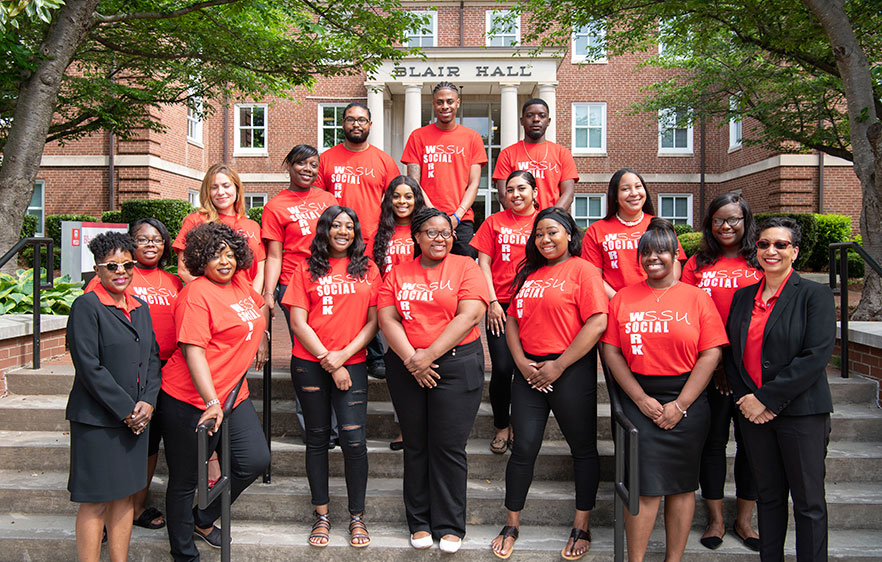 Graduates of the WSSU Department of Social Work's Class of 2019 – pictured here with faculty – were accepted to master's programs across the country, including Tulane University and the University of North Carolina at Chapel Hill. (WSSU File, April 2019)

The awards were presented at a ceremony on Friday, Aug. 2, at the Reginald F. Lewis Museum of Maryland African American History and Culture in downtown Baltimore.

WSSU was a finalist for 10 awards this year, tied for the third most overall and a record for the university.

“We are thrilled to be recognized this year among the best HBCUs by HBCU Digest,” said WSSU Chancellor Elwood L. Robinson. “This is testament to the exceptional faculty and staff who give their best each and every day to make sure that our students succeed and another sign of WSSU’s growing national reputation.”

For the second consecutive year, WSSU’s Department of Social Work has received the award for Best Social Work Program among the nation’s historically Black colleges and universities.

The awards are just two of the recent honors for the department, which launched in 2008.

Dr. Yolanda Meade Byrd, associate professor and chair of the department, said a key to the success is the individual approach faculty take with students.

From the start of their junior years, faculty work one-on-one with students to identify goals and to make sure graduates are prepared through a program that was introduced in 2017. Since the program launched, 93.75% of students who participated were either offered employment or received admission to graduate school by the time of graduation, Byrd said.

The Diggs Gallery was named the Best Fine Arts Program among HBCUs. The gallery, located in the lower level of C.G. O’Kelly Library, is one of the largest galleries for African and African-American art in the Southeast.

Last fall, the gallery brought “For Freedoms” – a national artists’ platform for civic engagement, discourse and direct action –  to North Carolina with its exhibition “Truth Be Told.” The exhibition – featuring all North Carolina-based artists – ranked as one of the Winston-Salem Journal’s top 10 arts events for 2018 and provided an opportunity for the gallery to host social justice-themed events for students and the community.

In November, Diggs Gallery Director Endia Beal, who is also a WSSU assistant art professor, became one of 12 gallery curators to receive a 2019 fellowship from The Center for Curatorial Leadership (CCL) in New York. The only other university curator selected for the program was from Harvard University. In February, Beal was honored by Governor Roy Cooper at a Black History Month reception honoring African American musicians, writers and artists from North Carolina.

This summer, the gallery continued to focus its program on exhibitions of interest to students, helping to expose them to an art gallery, often for the first time.

In June, two recent WSSU art graduates, who worked as interns at the gallery, were chosen to participate in a Yale University art institute.

WSSU was also a finalist in these categories:

According to HBCU Digest, The HBCU Awards is the first and only national awards ceremony honoring individual and institutional achievement at historically Black colleges and universities throughout the country.

Winners are selected by a panel of previous winners, journalists, HBCU executives, students and alumni for the merit of accomplishment and for generating positive coverage for HBCU campus communities.

In 2018, WSSU won HBCU Awards for Best Social Work Program and Best Nursing Program. You can view a full list of the 2019 winners on HBCU Digest's Patreon page. 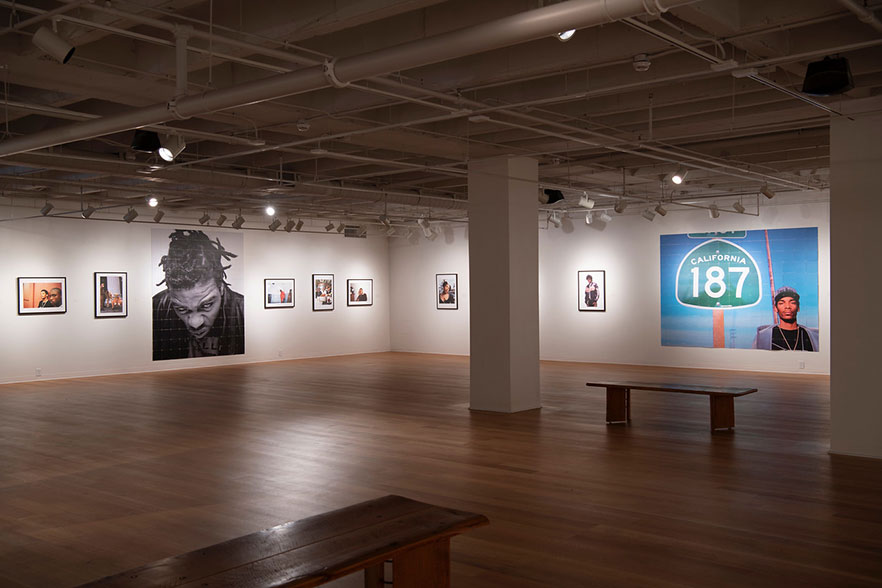 The Diggs Gallery, winner of the 2019 HBCU Award for Best Fine Arts Program, is paying tribute to hip-hop history with its current exhibition. (WSSU Photo, July 2019)