WSSU: An economic engine in the Triad 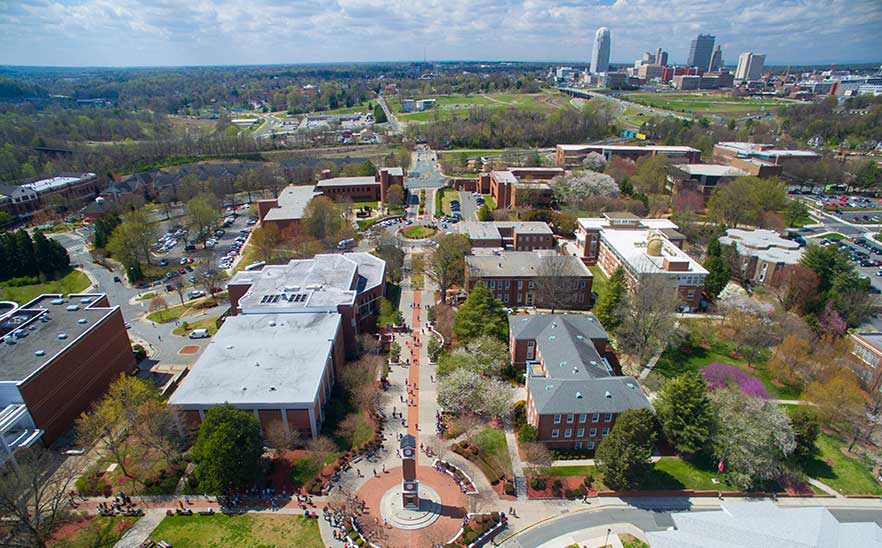 In a report recently released by Professor of Accounting, Economics, and Finance, Dr. Zagros Madjd-Sadjadi, and his students, WSSU proves to be a vital pipeline of economic opportunity.

Winston-Salem State University’s economic impact on the region tops $500 million, according to a recently released study.

The report shows that WSSU has several major impact areas. University spending represents a significant portion of the impact; however, the largest impact comes from the more than 9,000 alumni living in the Triad, many of whom are significant wage-earners.

WSSU has had a long-standing reputation for producing graduates that are high earners. The university’s position in the state as a healthcare education powerhouse and its commitment to providing students with high-impact practices that prepare them for well-paying careers is reflected in the salaries of its graduates. The study estimates that the average wage differential between an individual with a high school diploma versus a degree from WSSU is $24,390 annually—a figure that adds up dramatically over a lifetime.

The study is significant not only for revealing the value of WSSU to the region, but also for the experience WSSU students derived from completing the research.

“Calculating economic output is not a standard course of study for undergraduate students,” said WSSU economics professor Zagros Madjd-Sadjadi. “Most don’t get this training until graduate school. We’re giving our students practical skills they can immediately use when they get to the workforce. This practical training and the unique caliber of faculty are the keys to WSSU’s value proposition. Students are learning from instructors that not only talk the talk but walk the walk.”

WSSU has intentionally chosen to recruit faculty with real-world practical experience in their chosen disciplines. Many of them practicing for years before accepting positions in academia. Madjd-Sajadi is no exception. He is an internationally known economist that has worked in major markets across the United States, and he’s bringing that real-world expertise to his students.

In the fall of each semester, students training under Dr. Madjd-Sajadi pore over university audit reports assessing how much money WSSU circulates through our regional economy. Report findings indicate that WSSU is educating students from North Carolina for North Carolina.

About Winston-Salem State University
Winston-Salem State University fosters the creative thinking, analytical problem-solving, and depth of character needed to transform the world. Rooted in liberal education, WSSU’s curriculum prepares students to be thought leaders who have the skills and knowledge needed to develop innovative solutions to complex problems. Founded in 1892, WSSU is a historically Black constituent institution of the University of North Carolina with a rich tradition of contributing to the social, cultural, intellectual, and economic growth of North Carolina, the region and beyond. Guided by the motto, “Enter to Learn, Depart to Serve,” WSSU develops leaders who advance social justice by serving the world with compassion and commitment.
Tags: The College, Economic Mobility, Faculty-Staff, Alumni