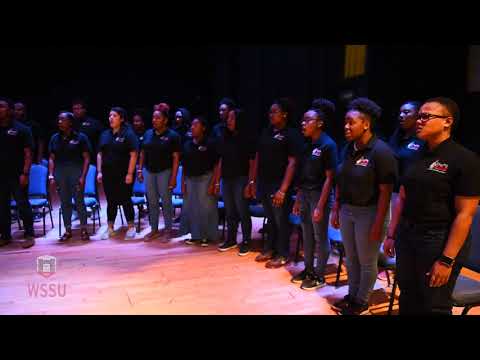 Throughout the civil rights movement, music was a driving force that brought people together and brought change.

Winston-Salem State University’s (WSSU) Singing Rams have picked up the mantle, with a yearlong theme of social justice and hope.

Maestra D’Walla Simmons-Burke, director of choral and vocal studies for WSSU, says the songs have helped the healing process for students in the choir, who have faced a number of challenges, including the death of one of their fellow students in January due to gun violence.

“Our students have been asking, ‘Why and how long do we have to endure some of these injustices?’ ” Simmons-Burke says. “The best way for us to answer this is through music.”

She says this year’s spring tour, which spanned seven states over a week, was among the most attended that she can remember, a testament to this year’s theme.

Nia Lewis, a junior music business major and member of the WSSU Choir, says this year’s concerts have helped bring people together.

“The focus on social justice issues has just been phenomenal in my eyes,” Lewis says. “It has even awakened me to see how I can implement these conversations in my daily conversations with my friends and my professors.”

Highlights of 2017-18 year for WSSU’s choral ensembles include:

“The first reaction that we always get is just, ‘Thank you so much,” Lewis says. “They then start talking more. In looking at the things that we see on the news, we don’t see that many people who are using music and using their talents and their gifts to really talk about these issues and bring life to them.”

Evy Mosqueda-Garcia, a freshman Singing Ram and graduate of East Forsyth High School, says she hopes the concerts have had a positive impact on the community.

“I’ve heard people say they feel hopeful,” Mosqueda-Garcia says. “Even if it’s just for the smallest amount of time, it’s still better than feeling the hopelessness that’s going on.”

The Singing Rams will conclude the year with the annual Spring Concert, “Sing Down Justice: Songs of Life, Justice and Hope." 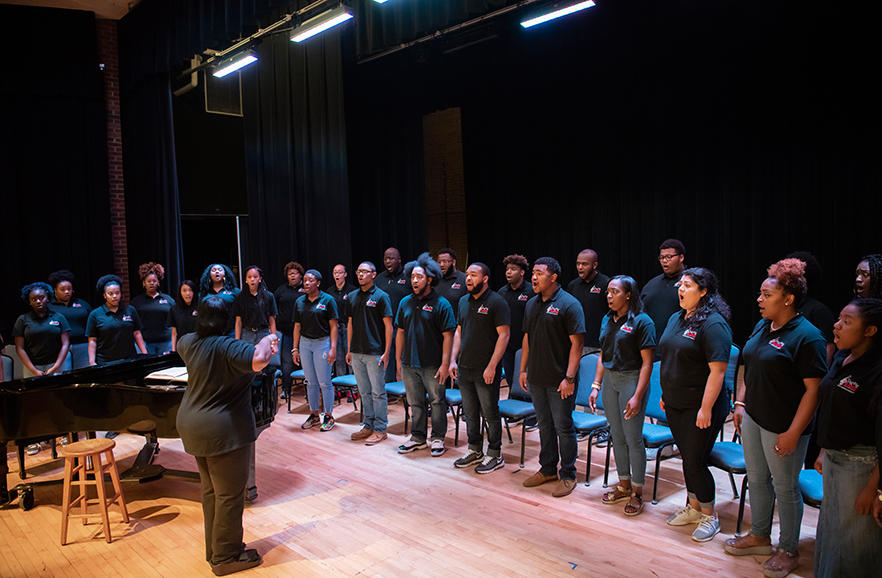