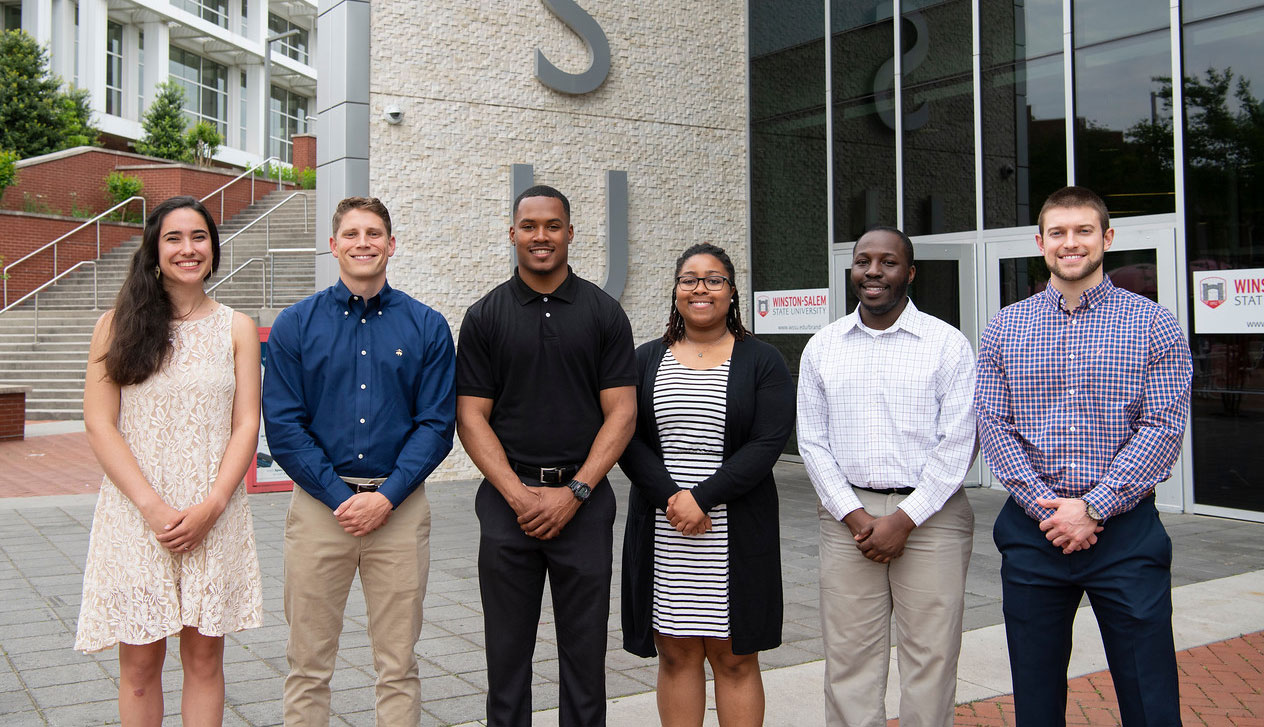 His football career ended after he suffered a concussion – the fifth of his career – in a home game against Virginia Union on Sept. 22.

Students in Winston-Salem State University's Doctor of Physical Therapy (DPT) program are telling Tinsley’s story as part of a short film they created as a component of the course Neuromuscular II.

Caroline Somerville, a third-year DPT student, said she and her team of classmates met with Tinsley four or five times.

“We were encouraged by what he had to say,” Somerville said. “Rod has a great story, and we want people to see it. I was taken aback by the fact that he felt so alone, but I learned from his resilience.”

Somerville, along with classmates Nathanial Goodwin, Dara Green ‘16, Ladi Omitoogun and Nathan Mooney produced the short film, “Suffering in Silence: A Personal Look at Concussion.” The film premiered on April 25 at “Movies That Move,” an on-campus film festival that highlighted the work of DPT students. This was also the first time Tinsley had seen the video.

The film opens with game footage of Tinsley and continues as he recounts the concussion that ended his football career and the lingering after-effects.

“I started crying after the game,” he said in the film. “That was kind of my thought process, like, ‘Hey, is this going to happen again? Am I going to be the same me that I was?’ You know, just a lot of confusion.”

Tinsley said he suffered from headaches, memory loss, and confusion.

For Tinsley, the film project helped him verbalize the struggle that he is still facing after the concussion.

“Sometimes, I still get emotional over it because I had to end my football career,” Tinsley said after seeing the film for the first time. “I just appreciate y’all for allowing me to speak on it so I’m not stressed about it anymore.”

According to the University of Pittsburgh's Brain Trauma Research Center, more than 300,000 sports-related concussions occur annually in the United States. Among college football players, 34 percent have had one concussion, and 20 percent have endured multiple concussions. An athlete who sustains a concussion is 4-6 times more likely to sustain a second one.

With football behind him, Tinsley now has his sights set on a new goal. The justice studies graduate is hoping to help people in the community by pursuing a career as a police officer.

Dr. Sara Migliarese, an associate professor within the Department of Physical Therapy, said the film project is designed to promote the professional characteristics of compassion, altruism and empathy.

“While PTs typically have more time than other primary care providers to connect with their patients, this project allowed our students the opportunity and honor of entering someone’s life in their own environment, versus a clinic or hospital,” Migliarese said. “They were able to see the direct, positive impact of physical therapy on someone’s life well after therapy is over.”

This was just one of the films produced for the class. Other DPT student-produced films focused on conditions such as Alzheimer’s, Parkinson’s disease and multiple sclerosis.

For the first time this year, DPT students also partnered with students in the Department of Communications and Media Studies and staff from the C.G. O’Kelly Library to edit the films. Tinsley’s film was edited by James Russell and Byron Williams from the library’s media production lab.

The film project was highlighted in 2017 at a statewide physical therapy conference.

The Doctor of Physical Therapy is a signature program of WSSU’s School of Health Sciences, an ethnically diverse school that embraces health equity in education, research and service. For more information, please visit the SOHS website.

MORE: Photos from the "Movies the Move" film festival 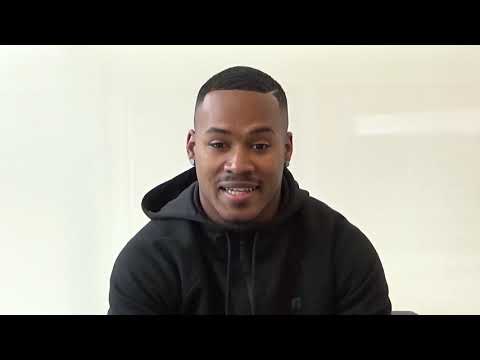